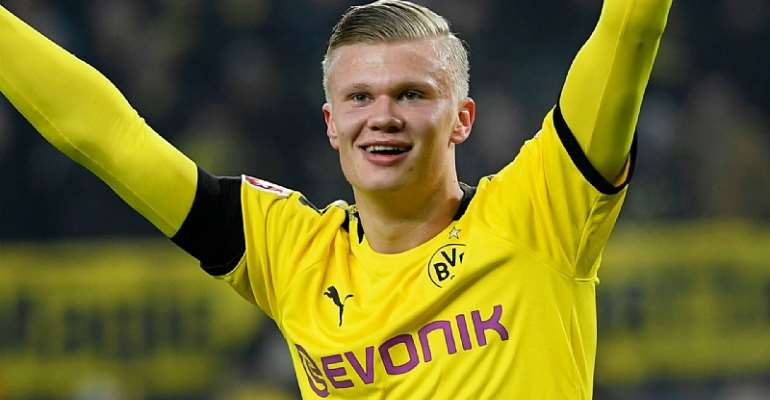 Borussia Moenchengladbach could face sanctions after their fans unfurled several offensive banners aimed at Hoffenheim investor Dietmar Hopp, including one showing his face in the crosshairs, in their 1-1 league draw on Saturday.

"I am ashamed for this banner," Gladbach sports director Max Eberl, who intervened with fans to get the banners down, said. "That does not stand for Gladbach and it goes against all the values of the club."

Borussia Dortmund fans were banned last week by the German Football Association (DFB) from travelling to Hoffenheim for the next two seasons and fined 50 000 euros over repeated similar offences targeting billionaire Hopp.

Teenager Erling Haaland has become the first player in the history of the Bundesliga to score nine goals in his first six matches after scoring in their 2-0 victory over Werder Bremen.

The 19-year-old Norwegian has now netted 12 goals in his eight games in all competitions for the Ruhr valley club after joining in the winter break from Salzburg.

The crisis at Hertha Berlin deepened following their 5-0 home loss to Cologne, which came days after the surprise departure of coach Juergen Klinsmann after only 76 days in charge.

His assistant Alexander Nouri, Hertha's interim choice, is under mounting pressure with the team having failed to win at home since mid-December and the club in 14th place, six above the relegation playoff spot.

Klinsmann spent close to 80 million euros in the recent transfer window aiming to turn the relegation-threatened club into a football powerhouse, with the support of Hertha financial backer Lars Windhorst.

However, he left following disagreements with club bosses.