Andre Ayew Named In English Championship Team Of The Week 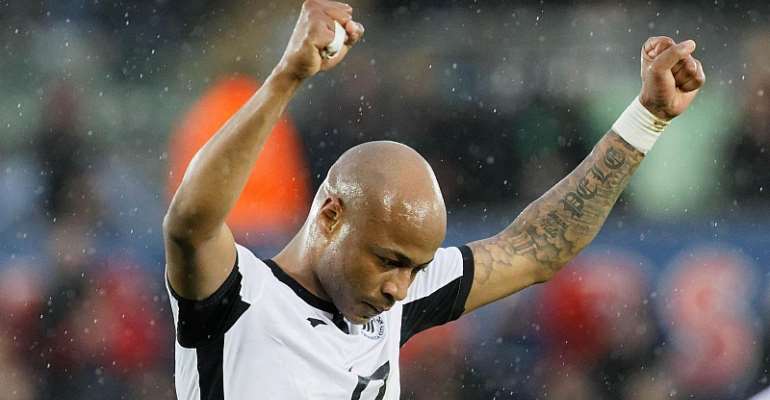 Black Stars captain, Andre Ayew has been named in English Championship team of the week.

The 30-year-old displayed another impressive performance over the weekend as he took his goal tally to 13.

Ayew was on the scoresheet in Swansea's 3:1 win over Huddersfield Town at the Liberty Stadium.

The Ghana international has been impressive for the Swans as they fight for Premier League football next season.

The win over the weekend has sent Steve Cooper's side to the 9th position with 51 points.

Andre will be hoping to continue his fine form when they play Fulham on Wednesday at the Craven Cottage. 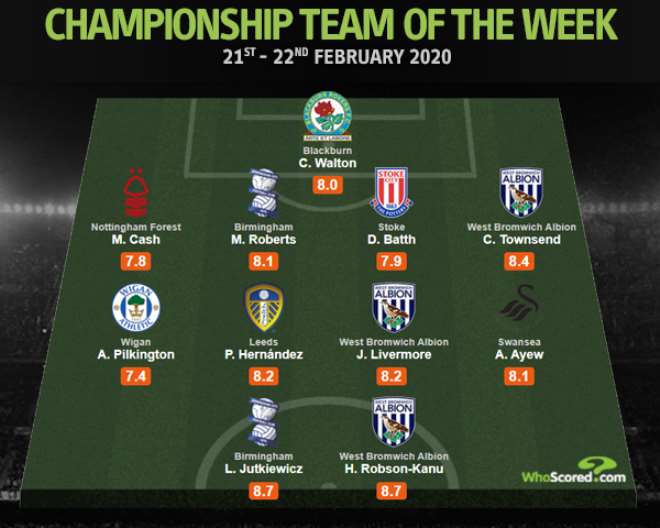