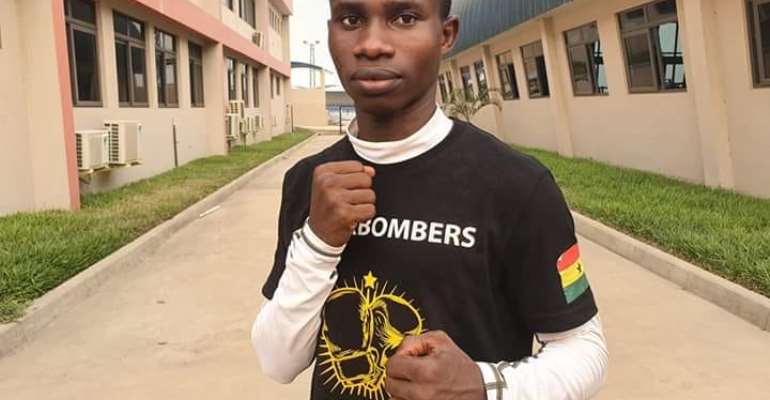 Captain Sulemanu Tetteh has qualified for the Quarterfinals of the Men's Flyweight (48-52 Kg) after a 3-2 unanimous triumph over his Kenyan opponent Hassan Shafi Bakari at the African Olympic Qualifiers in Dakar, Senegal.

According to reports reaching Yours Truly, the stocky Kenyan put up a gutsy show, but the experienced Ghanaian's ring generalship won him the fight as he poked at the Kenyan with his jabs and timely combinations against the flat-footed Kenyan cop.

However, Middleweight contender Abubakari Kwesi Quartey failed to qualify to the Quarters after being outpointed to a 2-3 decisions by Obama Manguel Raul Abaga of Equatorial Guinea.

Akankolim Bawa (Heavyweight-91Kg) lost to his Guinean counterpart on a split decision in the preliminary event of the Men Heavyweight category.

The slots for the Quarterfinals continue tomorrow with the 4 other Ghanaians in action from different weight categories including the two ladies who want to make history as the first females to represent Ghana at the Olympics Games.