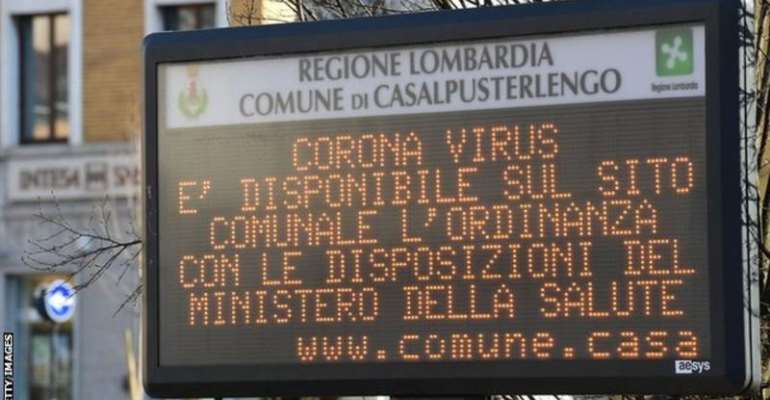 Inter Milan's home game against Sampdoria is among four Serie A fixtures on Sunday postponed over fears of the spread of coronavirus.

The suspension was announced by Italian prime minister Giuseppe Conte at a news conference on Saturday.

"Minister of Sport [Vincenzo] Spadafora intends to suspend all sporting events planned for Sunday in the Veneto and Lombardy regions," Conte said.

Antonio Conte's side, who are third in Serie A, are due to host Bulgarian side Ludogorets in the return leg of their Europa League last-32 tie on Thursday.

More than 600 Ludogorets fans are expected to travel to Milan for the game and the club say they have made a formal enquiry to Uefa and Inter about the situation in the region.

In a statement, European football's governing body Uefa said it is "in touch with Inter and with local authorities on the matter and there is no further comment to be made at this stage".

Torino, who play in Turin, which is in the north-west region of Piedmont, announced their cancellation just hours before the match was due to kick off at 14:00 GMT.

AC Milan Women's Serie A home game against Fiorentina and Italy v Scotland in the Women's Six Nations on Sunday have also been called off.

Earlier on Saturday, a number of other football matches had been postponed.

Cremonese's Serie B match against Ascoli and Piacenza v Sambenedettese in Serie C were among those fixtures postponed.

Serie D matches and a number of amateur and youth games in the Lombardy and Veneto regions were also called off.

Several towns in the Lombardy region have been placed on lockdown, with schools and offices closed and residents urged to stay away from accident and emergency departments.

The new virus, which originated last year in the Hubei province in China, causes a respiratory disease called Covid-19.

Outside China, more than 1,200 cases of the virus have been confirmed in 26 countries and there have been at least eight deaths, according to the World Health Organization. 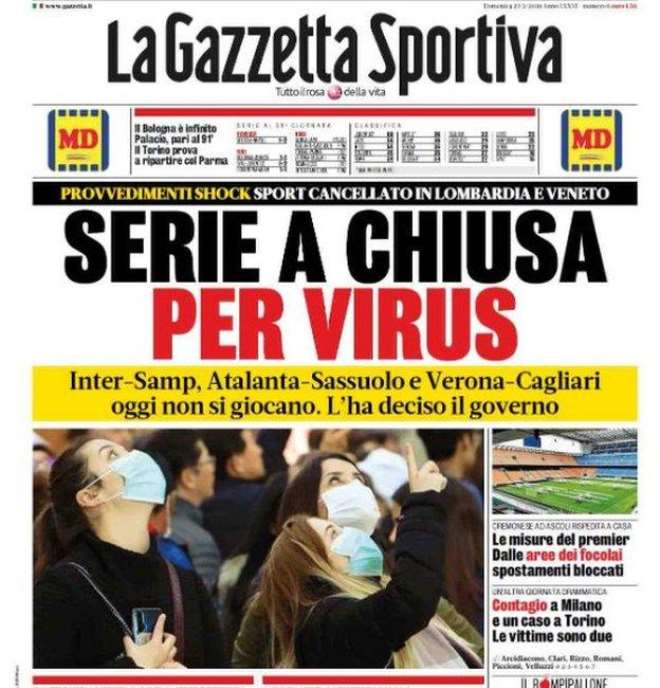