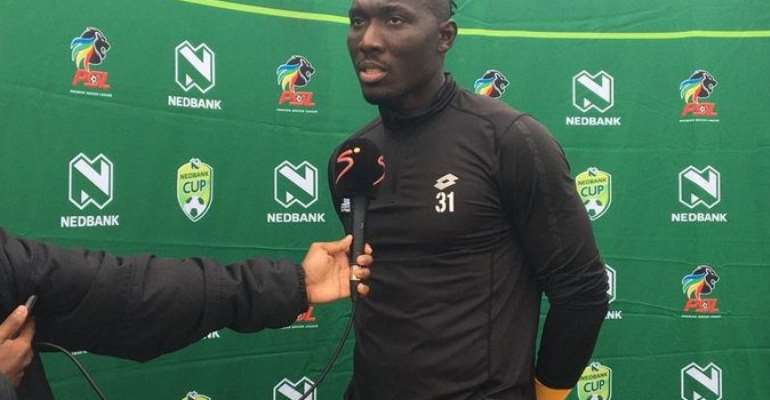 Ghana goalkeeper, Richard Ofori says he is among the best goalkeepers in the South African Premier Soccer League (PSL).

The former Wa All Stars shot-stopper who plays for Maritzburg United has been in fine form this season, propelling his side to sixth on the PSL log and the Telkom Knockout finals. The Team of Choice relied on playoffs last season to maintain a slot in the league.

“I cannot say I am the best goalkeeper, maybe one of the best but what I can say is that I am just doing my work well. The presenters (analysts) and the supporters are the ones to judge,” Ofori told local reporters ahead of their game against Bloemfontein Celtic.

“We have some very good goalkeepers in the country and I can only say I’m among them. I will only concentrate on my games.”

The Black Stars number one has made 20 appearances in the league and has recorded eight clean sheets.