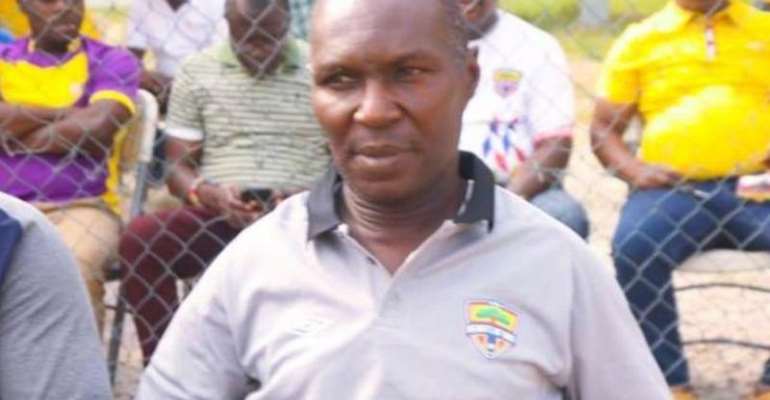 Interim head coach for Hearts of Oak, Edward Nii Odoom has disclosed that his players lack of composure when they get into their opponent’s 18-yard box is what is causing the team’s inefficiency in front of goal.

The Phobians have played a total of 11 matches in the ongoing 2019/2020 Ghana Premier League season but have only managed to find the back of the net 5 times. The poor record which makes the team one of the least scoring sides in the league has seen the team losing crucial points in matches.

Speaking to Journalists after Hearts of Oak drew goalless with Karela United on Wednesday afternoon, coach Edward Nii Odoom says he believes his attackers have been wasteful in front of goal because they lack composure.

“I think it is about composure for the boys in the box and I think I have started something doing. Every day the strikers train one on one before the main training starts. So I think it [the goals] will come”, the trainer observed

Coach Odoom was however impressed with the performance of his players in the draw against Karela United as he cited that they played to his instructions.

“We played our normal game. Playing the 4-2-1-3, 3 strikers at a go. They played to instructions but only we created the chances as normally we have been doing but we could not finish”, coach Odoom noted.