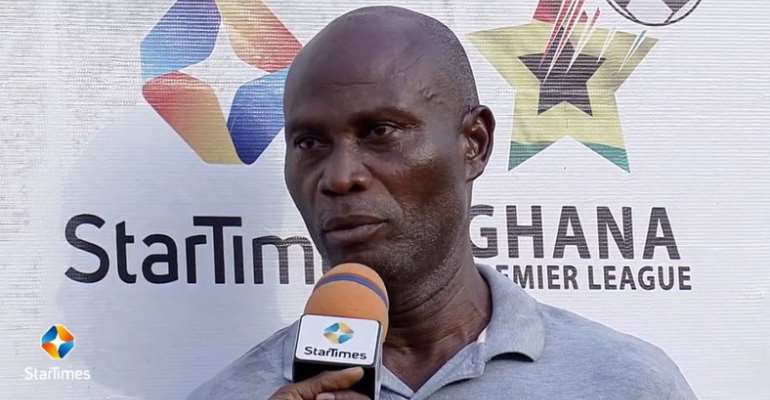 Aduana Stars coach, W.O Tandoh has unequivocally reiterated that his side intentionally played the first half of their matchday 11 clash against Asante Kotoko with ten men because of superstition.

The Ogya lads stunned the Porcupine Warriors by a lone goal at the Nana Agyemang Badu I Park on Wednesday.

Both clubs started the first of the encounter with ten men.

Farouk Adams of Aduana and Martin Antwi of Kotoko allegedly feigned injury during the warm-up and their treatment delayed, so the referee started the game with each side having ten men on the field.

They played the entire first half with ten men and it was in the second half that the players in question joined the play, because of superstition- understood the clubs had been told that whoever starts with ten players would lose the encounter.

Coach of Aduana Stars W.O Tandoh admitted during the post-match press conference that his side intentionally started the game with ten men because of superstition.

“You must believe in things that are outside the football pitch. Kotoko came here and decided not to use 11 players for reasons best known to them, he said during postmatch.

"We also decided to go with 10 men so we could match them 1v1. Later in the game, we brought off Bright Adjei so we could draw them onto us.

"In the second half, Kotoko threw on more players like Augustine Okrah to play from the flanks but we told them we were the better side.”

Aduana Stars won the tie in added time through Samuel Bio who nutmegged Christopher Nettey before placing the ball beyond the reach of Kwame Baah in post for Asante Kotoko.