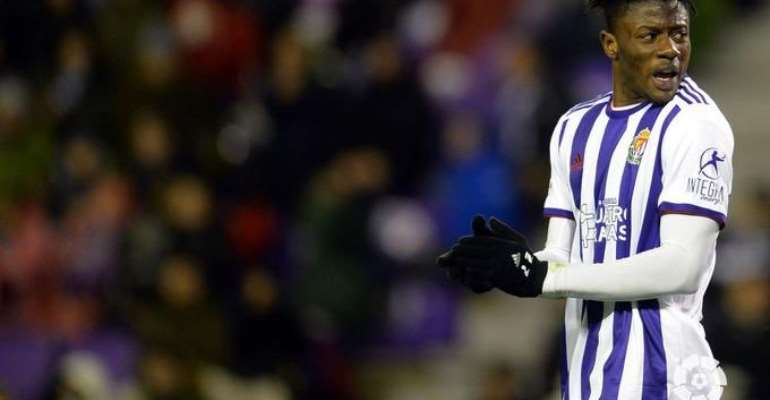 According to the Marca, Atleti had already made contact with the player, with Manchester United and Real Madrid also monitoring the situation.

The Ghana defender’s agent is the father of United playmaker Juan Mata and the Red Devils have been alerted to his €12m release clause – viewed as affordable, and the club have extensively scouted the 20-year-old.

The central defender’s contract at Valladolid runs through until 2022 having been penned back in May, while he is yet to be capped for the Ghanaian national team.

He is viewed as a rising star by the club but is also seen as still having a great deal of room for improvement, so is likely to stay at the Primera outfit until the end of the current campaign, at least.

Valladolid are concerned the player will depart for his release clause as they see his value as being far in excess of this amount, with the report adding his skillset is ‘tailored for English football’.

Everton, Newcastle and Norwich City are three other English clubs who have been linked to Salisu, who debuted for Valladolid this season after replacing Fernando Calero, who was sold to Espanyol last summer.

Valencia and Getafe are also said to hold an interest in the player.