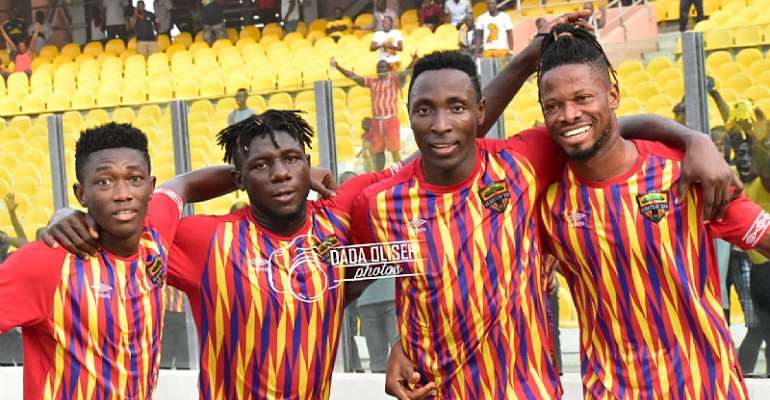 Energetic striker Kofi Kordzi bagged a brace on Sunday afternoon to inspire Hearts of Oak to an important 3-2 victory against Bechem United at the Accra Sports Stadium on Match Week 10 of the Ghana Premier League.

The Phobians had been on a run of two matches without a win and went into today’s game looking for a win to improve their standings on the division.

For their opponent, the Bechem-based club has had a decent start to the campaign and targeted a positive result to boost their quest to get into the top-four.

Good starts from both teams in the first half saw the home team finding the back of the net through talisman Joseph Esso only for it to be ruled out for offside.

In-form forward Kofi Kordzi stepped up and calmly converted to draw level for his side before going into the break.

In the second half, a bossy performance from the Rainbow lads resulted in a goal on the 63rd minute when Captain Fatawu Mohammed registered his name on the scoresheet.

They could however not hold on as Bechem United also came in strong to restore parity on the 74th minute through an effort from star man Hafiz Konkoni.

On the brink of drawing a third successive match or possibly losing, Hearts of Oak showed resilience and the will to win in the final 10 minutes of the match. In the dying minutes, Kofi Kordzi popped up to head home his second goal of the game to hand his team all the 3 points at the end of the 90 minutes.