Man Utd Visit Is Not About Revenge, Says Chelsea's Kante 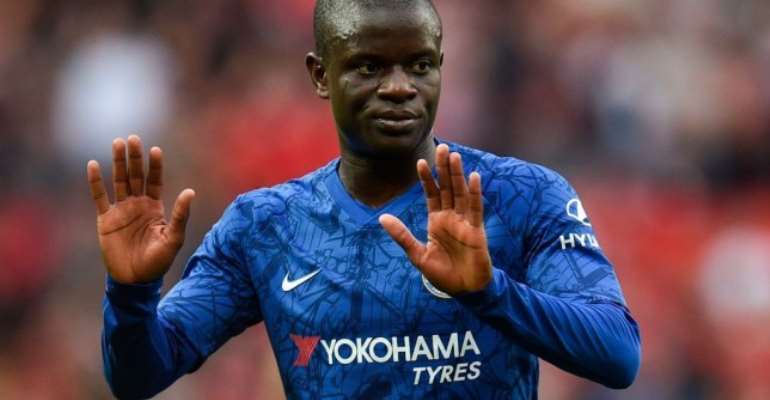 N'Golo Kante says Chelsea's home clash with Manchester United on Monday is not about avenging an opening-day hammering at Old Trafford but keeping their noses in front in the scrap for a Premier League top-four finish.

Chelsea are still in fourth spot but after only one win in their last four league games, the gap over the clubs beneath them has been steadily eroded.

They are just two points above fifth-placed Sheffield United while Tottenham Hotspur can move within a point of the Blues if they win at Aston Villa on Sunday. United are six points behind.

"Man United were a bit behind but now they have closed the gap so it's a big opportunity either for us to keep them behind or for them to close the gap more," midfielder Kante said.

"It's an important game for both teams. We all know that Man United at home is a very difficult game, especially after what happened in the first game but we don't look at this.

"We just look forward because we want to keep the gap and so that's why we need to win, not to get revenge."

It is a crucial period for Chelsea with United on Monday, then a home clash with Tottenham on Saturday before a Champions League last-16, first leg tie at home to Bayern Munich.

Kante said the mid-season break has hopefully enabled Chelsea to re-charge for a final push.

"I spent time with family and friends at home in Paris, just chilling," the 28-year-old said. "It's a nice thing, a new thing in the Premier League and it's good for the players.

"We have come back and tried to get a good fitness, to be prepared for the next game because we need to make sure we get the three points.

"I believe we have the team to get what we want this season – to finish in the top four, get Champions League football next season and why not to win a title as well. We have everything that we need in this team."