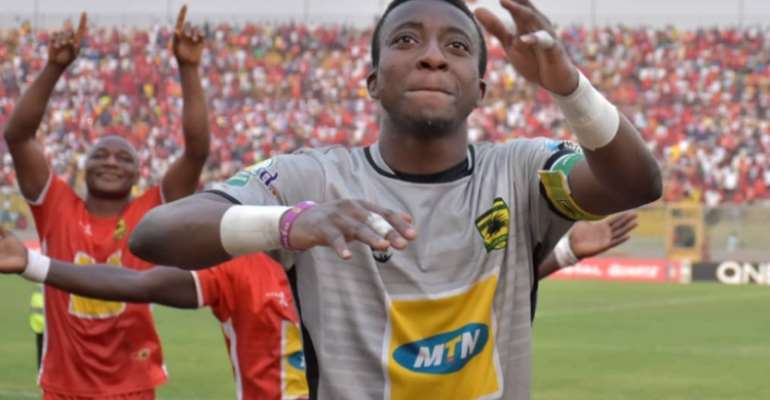 Annan, who is the skipper for the side is yet to feature for the Porcupine Warriors after their matchday 3 fixture against Medeama SC in Tarkwa as Baah has benched him in the last six matches.

According to him, Maxwell Konadu is spot on with his decision since Kwame Baah has not flogged in the matches played so far this campaign.

Many football fanatics have, however, questioned Konadu’s decision to keep captain Felix Annan on the bench for Kwame Baah but the former Black Stars goalkeeper supports the decision, saying he sees nothing wrong with it.

"Every team have 3 or 4 goalkeepers so when your training is good you will keep the post always, but in the case of Felix he always keep the post for Kotoko and he left for his wedding, Kwame Baah got the chance and his performance is good so how can you bench and bring in Felix Annan,” he told Oyerepa FM.

"Annan has to be on the bench and work hard his time will come, when Kwame Baah starts conceding he Felix will be back, for me I don’t see anything wrong with coach Maxwell Konadu’s decision he is right.

"Felix had been conceding, when Baah took his term, he’s not conceding that much. I don’t see why Felix should complain he should keep quiet and be on the bench until his time comes. I don’t see anything wrong with Maxwell’s decision, his decision is the best,”

Asked on his take on some senior players in the team calling for the return of their captain and No.1 in post, the former Ghana International replied.

”Those players are not truthful. When Felix was in post, he was always conceding but Kwame Baah is not and every team wants to win and not concede. They want him to drop Baah and bring in Felix. That should never happen.

Meanwhile, Felix Annan has denied having a rift with Kwame Baah, saying the two have a very good relationship.