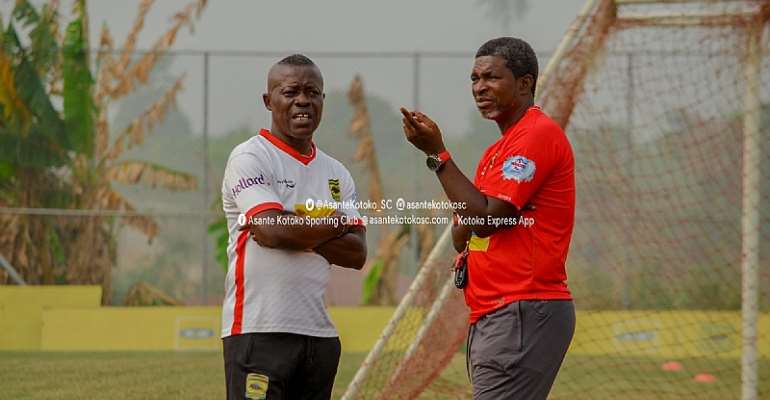 Asante Kotoko coach Maxwell Konadu says the 2019/2020 Ghana Premier League is undoubtedly far better than he has witnessed in the previous seasons.

According to him, the competitiveness level of the league currently makes it better than the previous seasons, considering the fact that the first top-five team on the log namely Aduana Stars, Medeama SC, Ashantigold, Asante Kotoko and Berekum Chelsea all have 17 points after week 9.

“Oh, the competitiveness is very strong. I think every club is hungry to win the league because the league has been suspended for so many months," he said.

"Our match against Ashgold on Sunday is going to be cool but the only difference is we will be playing without our supporters which is very bad.

"In fact, this ban has really affected my team’s performance. We thank God that, after Sunday we will be getting our supporters back,” he added.

The Porcupine Warriors will battle regional rivals Ashantigold SC on Sunday at the Baba Yara Sports Stadium in match week 10 of the Ghana Premier League.