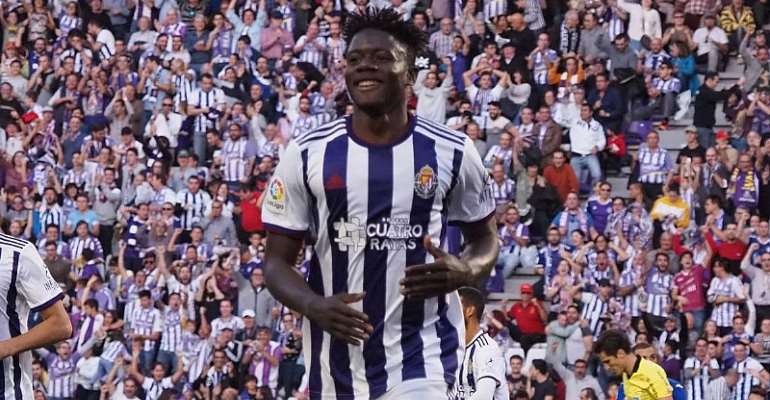 Real Madrid are set to wrap up a deal to sign Mohammed Salisu from Real Valladolid.

The Ghana central defender has been on the radar of several European clubs.

Salisu was hugely tipped to leave Valladolid during the winter transfer.

Manchester United, Atletico Madrid, Newcastle United, Southampton, Norwich, Valencia and Getafe were all interested in the signature of the 20-year-old defender.

Real Madrid are one such club on the alert and a release clause of only 12 million euros makes him an attractive proposition for the future given his age and talent.

The promising centre back has started every league game this season except against Barcelona at Camp Nou where he started on the bench but came on after 32 minutes for the injured Nacho.

In his 24 games for Los Pucelanos, Salisu has scored one goal against Eibar, achieved an 80% pass success rate, made 101 ball recoveries, won 101 duels, and registered 119 clearances.