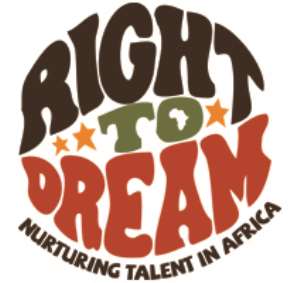 The Disciplinary Committee of the Ghana Football Association (GFA) has threatened the club after refusing to comply with earlier rulings regarding a transfer dispute over player Kamal Sowah.

RtD have been fined GH¢2,000 and risk a transfer ban of one year should they fail to settle lower-tier side Phobia Babies SC an amount of €78,427.5 due them from the transfer compensation for the youngster by February 19.

It will be recalled that, in 2017, Sowah was among five players who came under the spotlight when they were allegedly prevented from representing the Ghana Under-17s after refusing to extend their contracts with Right to Dream.

The player was subsequently transferred to Leicester City with an amount of €261,425 realized as Training Compensation and FIFA Solidary from the deal.

But in 2018, the Juvenile club of Sowah, Phobia Babies SC, popped up with a complaint at the Player Status Committee of being denied their share of the training compensation.

Phobia Babies won the case at the Player Status Committee but RtD challenged the ruling at the Appeals and Review Committees level but the initial ruling was upheld.

Right to Dream and Division One side Sporting Club Accra were directed to include Phobia Babies and pay them €78,427.5.

But about 7 months down the line, Phobia Babies – via a letter dated January 16 – informed the GFA that Right to Dream had refused to honour the payment.

That has prompted the GFA to apply the provisions of its Disciplinary Code (2019) which deals with failure to respect decisions.

Portions of a GFA letter dated January 30, 2020 and addressed to the CEO of RtD read:

“Pursuant to Article 15 (1)(a) of the GFA Disciplinary Code, Right to Dream Academy is fined an amount of GH¢2,000 for failing to comply with the Player Status Committee’s decision which was confirmed by the Appeals and Review Committees.

“Pursuant to Article 15 (1)(b) of the GFA Disciplinary Code, Right to Dream Academy is hereby given a final deadline of February 19, 2020 to pay the amount due Sporting Club Accra and Phobia Babies SC as stated in the Player Status Committee’s decision which was confirmed by the Appeals and Review Committees.

“Pursuant to Article 15 (1)(c) of the GFA Disciplinary Code, should your club fail to comply with the final deadline of February 19, the following sanctions shall apply:

Suffer three (3) points deduction from your accumulated points for each match played after the deadline.

Suffer a transfer ban for a period of one (1) year, should your club fail to pay the amount in full after the deadline (Wednesday, February 19, 2020).

Suffer demotion if your club fail to pay the amount in full one (1) year after the deadline.

A transfer ban or a ban on taking part in any football-related activity may only be lifted before it has been fully served upon payment of the due amounts, with other disciplinary measures being reversed.

“Please accept for strict compliance, failing which the sanctions threatened above shall be applied automatically by the GFA in accordance with the GFA Regulations and Disciplinary Code without further recourse to you,” the letter signed by Disciplinary Committee Chairman Osei Kwadwo Adow Esq. ended.

A Disrespectful Wife Is Ungrateful – Duncan-Williams
59 minutes ago