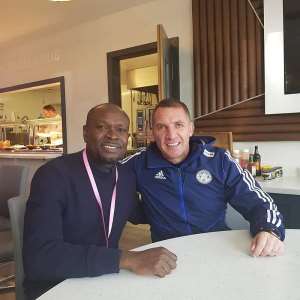 ‪Head coach for the Black Stars of Ghana, Charles Kwablan Akonnor has paid a visit to midfielder Daniel Amartey at English Premier League side Leicester City today as part of his tour to Europe.

The gaffer was handed the role as the head of the technical team of the Ghana National team last month and tasked to qualify the team to the 2021 Africa Cup of Nations (AFCON) tournament as well as the 2022 FIFA World Cup.

With the qualifiers to both tournaments set to start this year, Coach CK Akonnor has started scouting for players while also trying to convince other eligible players to agree to play for the Black Stars.

Having had interactions with players such as Andre Dede Ayew, Jordan Ayew, Christian Atsu, Jeffrey Schlupp, Francis Amuzu, Jeremy Doku, Elisha Owusu, and others in the past week, coach Akonnor continued the exercise today as he paid a visit to injured Leicester City defender Daniel Amartey.

He additionally had talks with Foxes manager Brendan Rodgers to learn a couple of things. 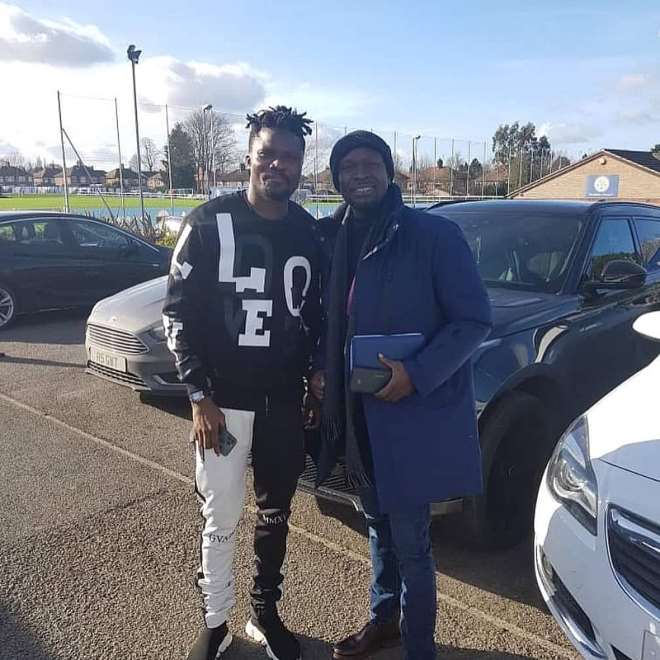