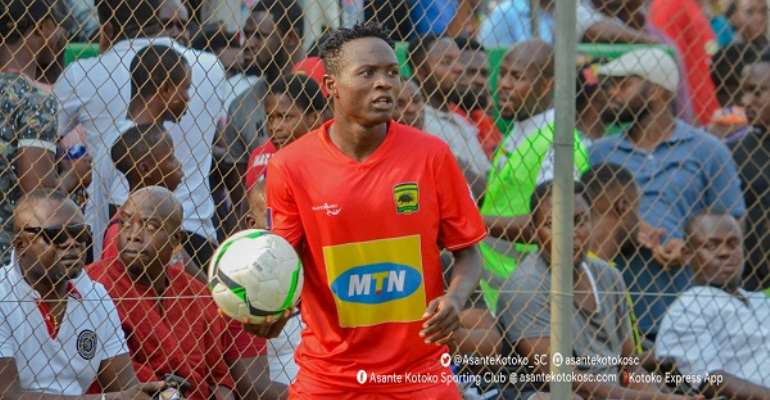 Kumasi Asante Kotoko defender Christopher Nettey has opened up on the team’s target for the ongoing 2019/2020 Ghana Premier League season as he indicates that they are gunning for the ultimate prize.

The full-back is currently on loan from Attram De Visser Academy and has managed to cement a starting role for himself. Since the season started, he has made his presence felt and continues to wow supporters with his performance.

In an interview after excelling during Kotoko’s win against Dreams FC last weekend, Christopher Nettey was asked whether the motive of the Porcupine Warriors is to win the league or not.

Cristopher Nettey further revealed that the entire playing body of Kotoko has helped him to settle since he joined the club. According to him, that has given him the confidence to play at the top level whenever he is called into action.

Meanwhile, his parent club Attram De Visser Academy is demanding $400,000 from Kotoko for his permanent signing.

#EndSARS: Rawlings Urge Nigerians To Use Non-Violent Engagem...
9 minutes ago