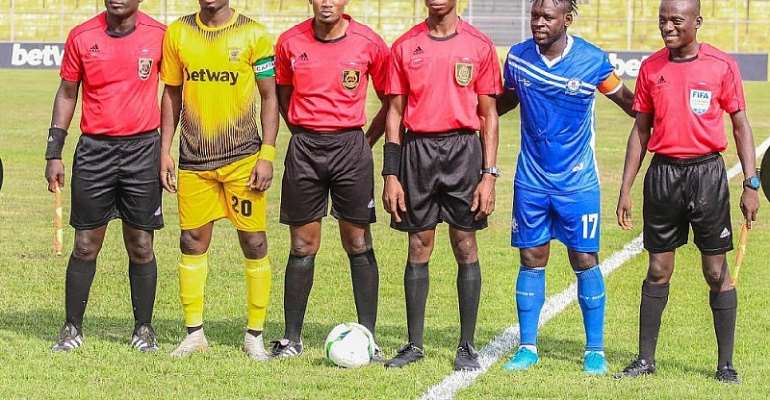 Retired referee G.K Manu has charged Ghanaian clubs to take it upon themselves to learn the laws of the game rather than making complaints whenever they lose matches, especially when they play away from home.

Though the performance of referees have been lauded by many in the ongoing 2019/2020 Ghana Premier League season, there have also been complaints from managers of clubs as well as supporters who felt their teams were cheated in one way or the other.

Speaking to Otec FM earlier today, retired referee GK Manu has urged clubs to update themselves on the laws of the game while adding that complaints should be forwarded to the relevant bodies when they smell any foul play from match officials.

“Football is now moving to a different dimension so the clubs should learn the laws of the game and stop complaining after losing an away game”, the retired referee said.

He added, “Clubs officials should direct their grievances to the GFA and stop complaining because it's becoming too much”.