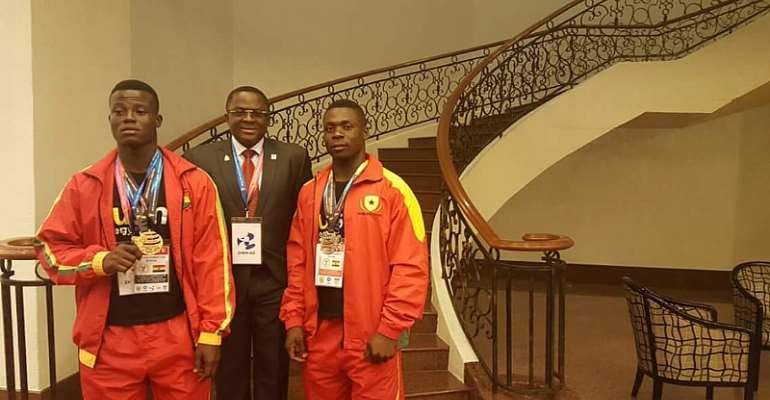 Three members of the National Weightlifting Team, Black Cranes, and a coach are in Tashkent, Uzbekistan, to compete in the Tokyo 2020 Olympic Games qualifier.

The squad is made up of 2019 African Games medallists, Forester Osei, Christian Amoah and David Akwei accompanied by their coach Nii Darku Dodoo.

Their trip with a budget of $12,000 was co-sponsored by the Ghana Olympic Committee (GOC) and the President of the Ghana Weightlifting Federation (GWF), Ben Nunoo Mensah.

GWF management believes that Christian Amoah who was at the last Olympics in Rio, Brazil together with Forester would be able to pick enough points to secure qualification to Tokyo for the Summer Games.

The team is expected back home on 13th February.