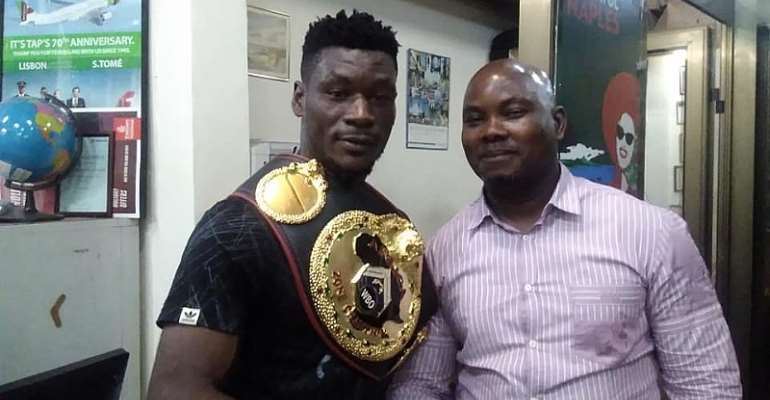 Allotey has been banned for six months after assaulting a sports fan, Michael Siaw during the January 28, 2020, Ghana Premier League match between Accra Hearts of Oak and Kumasi Asante Kotoko at Accra Sports Stadium.

Allotey was seen in a video that went viral; punching Siaw after the latter was blocked his view during the game, resulting in a deep cut near his left eye after a scuffle.

Allotey was arrested by the police and bailed, later the GBA summoned him where he was found to have committed and suspended.

Following the hearing, the GBA found him liable on his own plea and had a six (6) months suspension imposed on his professional boxing licence as the appropriate sanction.

The suspension took effect from the 6th day of February 2020.

Reacting to the ban, Jingles said although they welcome the ban they will appeal for mitigation.

“The ban is going to affect Patrick Allotey because plans were far advanced as we were arranging a bout for him so as to bounce back in a big way after losing to Mexican opponent Jaime Munguia in California last year,” he said.

“We will appeal to the disciplinary committee or GBA as an organization to reduce the ban to save his career as he is also a national asset and in contention to bring glory to the nation.” He said.

Jingles noted that Allotey has deeply regretted his action and begged the whole nation, especially sports fans for forgiveness.