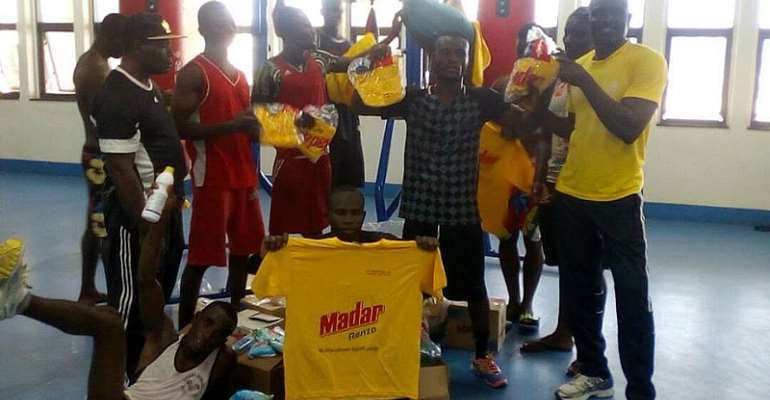 Ten amateur boxers made up of eight males and two females will be selected to represent Ghana at the 2020 Olympic Games African Qualifiers which takes place in Dakar, Senegal from February 20, 2020.

The event comes off at the Dakar International Expo Centre, DiamniadioAfrica from 20th to 29th February 2020.

According to the president of the Ghana Boxing Federation GBF president, Mr George Lamptey, due to lack of funds, they are planning strategically and wish to expose some of the local female boxers to the international scene.

He revealed that the ten boxers selected will camp at the Trust Sports Emporium - Bukom Boxing Arena and train at the Bukom Fitness Center for a week before going for the competition. He hoped that they will go qualify as well as bring home the ultimate gold medals.

The GBF technical director, Dr Ofori Asare said the final Black Bombers selected squad would be divided into two with the Zone B team featuring the best next generation of boxers for the future.

He was optimistic that Ghana will qualifier many boxers for the Olympic Games, and they will go to Japan to make the nation proud.

World: PARIS, France, 13-24 May 2020
Venue: Grand Dôme, Villebon-sur-Yvette
*The final World event in Paris will give athletes a second chance to qualify, and will, therefore, be open only to those boxers who have not yet qualified from the continental events.

Weight classes being contested in boxing qualification events for Tokyo 2020

However, the composition of that 286 athletes will change significantly.

As part of the IOC's commitment to boost gender equality while maintaining the quality of female boxing, the Games in Japan will feature 186 men and 100 women (compared to 250 men and 36 women in Rio) with the number of women's weight classes rising from three to five.

Six places (four men and two women) were reserved for the host nation Japan, while eight further places (five men and three women) were allocated to the Tripartite Invitation Commission.