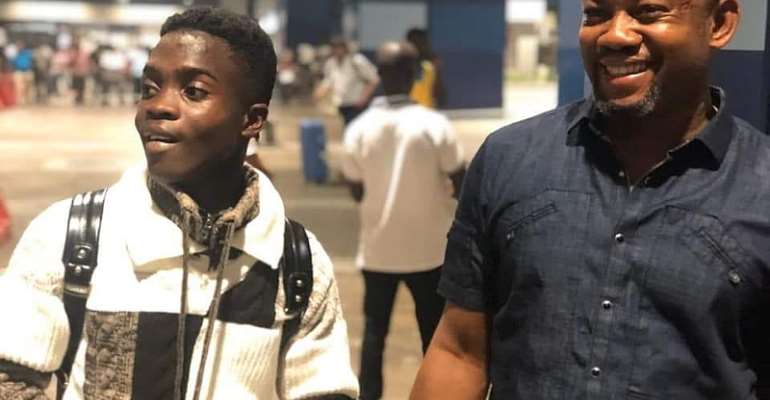 Cudjoe, having made waves with his performances for Kotoko this season, left for Germany after impressing in the Super 2 win over Hearts of Oak in the Ghana Premier League two weeks ago.

According to reports, the Bavarians have been impressed with his output and it will not be surprising If he should secure a move to the German giants.

Ex-Ghana youth international Christian Saba, who is a youth coach at Bayern Munich, is said to have been impressed with his performance as well.

The 16-year-old arrived late Saturday night in the company of his representative Samuel Anim Addo.

Bayern Munich are expected to officially make a statement on the hugely talented kid as they have the first option.

Also, representatives of Barcelona have expressed interest in luring him to La Masia for observation.