Theo Ofei Dodoo To Fight In Dubai On Saturday 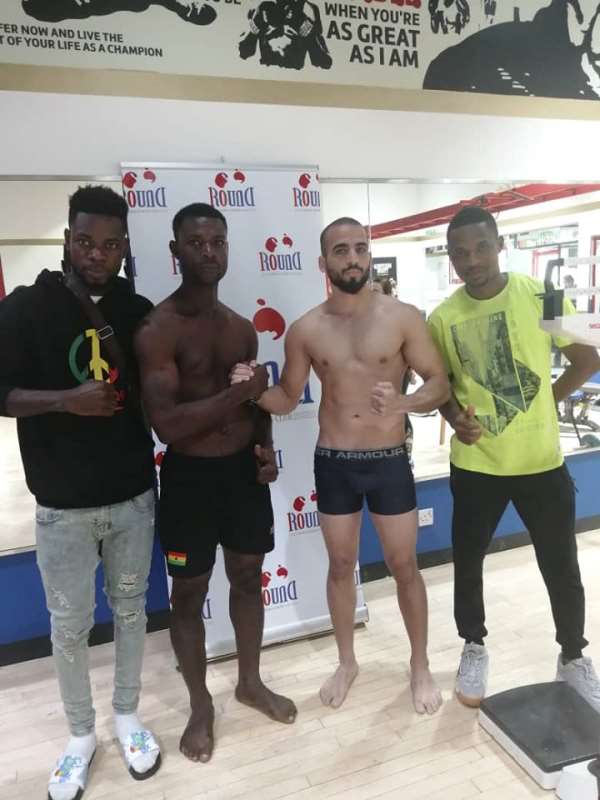 Theophilus Ofei Dodoo, the first professional boxer to win a fight on the first edition of “Fist of Fury” boxing series in 2019 will be making his debut outside Ghana on Saturday, February 8, 2020, in Dubai, UAE.

The boxer with an 8-0 perfect record has been scheduled for another fight in the UK and then Germany after the Dubai debut against Noman Ali Sher Khan.

According to Mr. Rashid Marshal and Mr. Richard Jerry Gemedi trainers of the boxer, Theophilus has had a good preparation towards the fight and they are expecting him to win by a knockout.

“Our boxer is expected to come out victorious and see how best to get into a camp earlier in the UK to continue with his crusade of conquering the world one punch at a time,” said his manager Mr. Michael Okaidjah Sackey of OSV.

OSV Management is focused on helping talented boxers within the Ussher-Town and James Town communities in Accra, Ghana to be able to achieve their dreams of becoming world champions.

Mr. Sackey said he is to travelling to both Dubai and South Africa within the month to secure partnership deals that can get the boxers different training environment from home to enable them have some experience in a different environment, so in future, they won’t find themselves wanting when they are to travel outside Ghana for a fight.

The team left Accra on Wednesday 5th February 2020 together with veteran boxer Isaac Nettey and Taoheed Tijani - a trainer from OSV stable.

OSV has strategically partnered with Box Office Sports Promotions - the biggest promoter in Ghana to make sure Ghanaian boxing talents will win world titles for the nation.