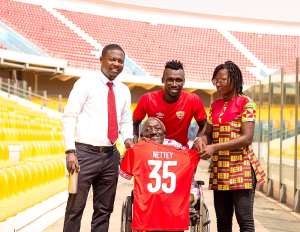 Emmanuel Nettey has presented a customized jersey to a disabled supporter.

Nettey starred for the Phobians against their arch-rivals Asante Kotoko at the Accra Sports stadium on matchday six of the Ghana Premier League as they lost 1-0 to the Reds.

According to reports, the physically challenged man has not missed a Hearts of Oak home game for the past fifty years.

And after thanking the fans for their support at the end of the game, Nettey continued his fine form by handing over his match shirt to a Hearts fan in the crowd.

Nettey has been one of the standout players for Hearts of Oak, having picked up Man-of-the-Match accolade in three games so far this term. 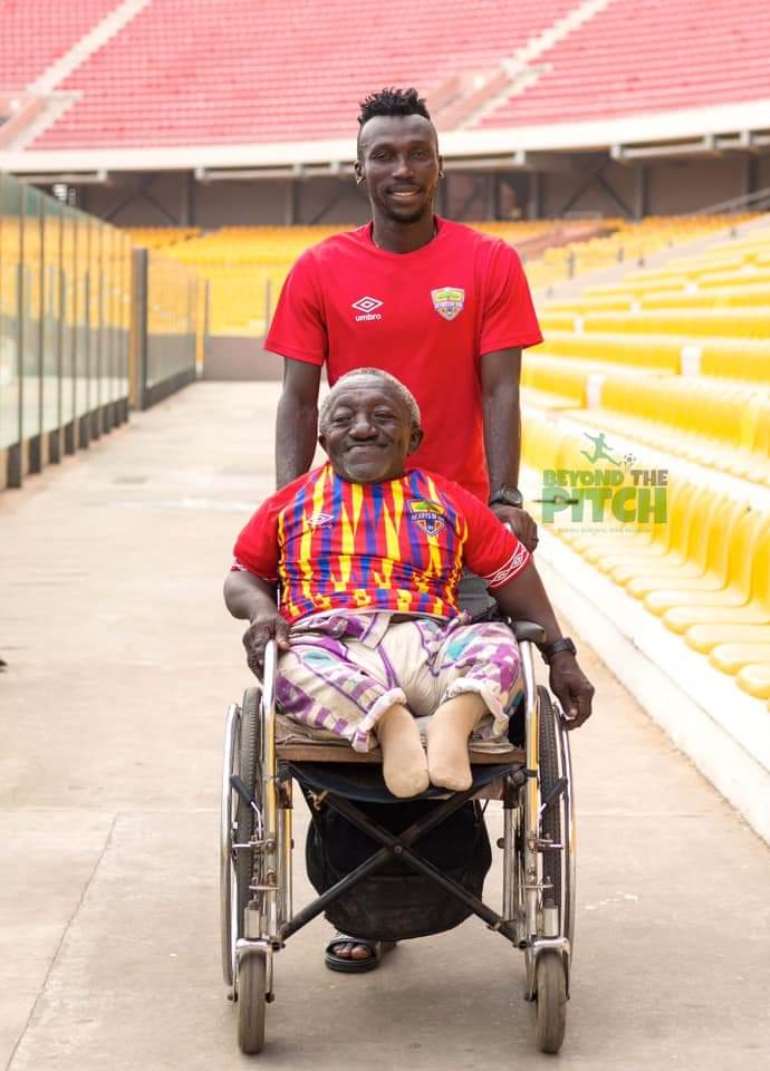 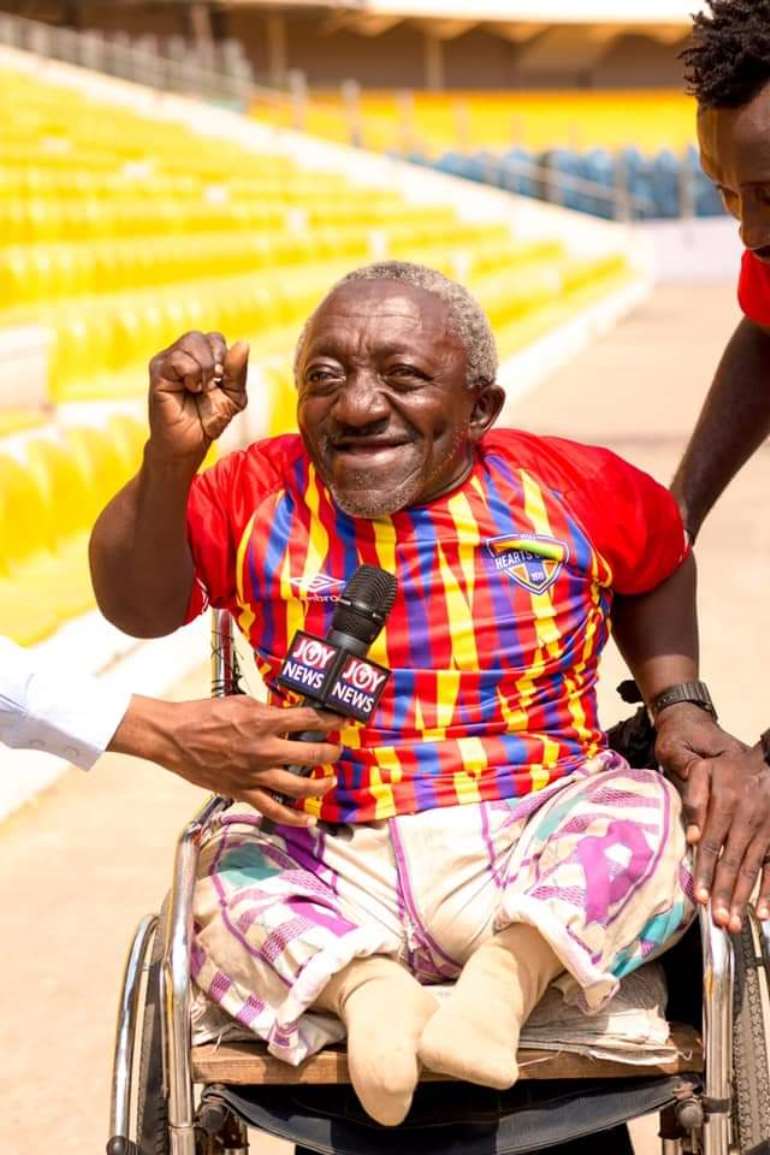 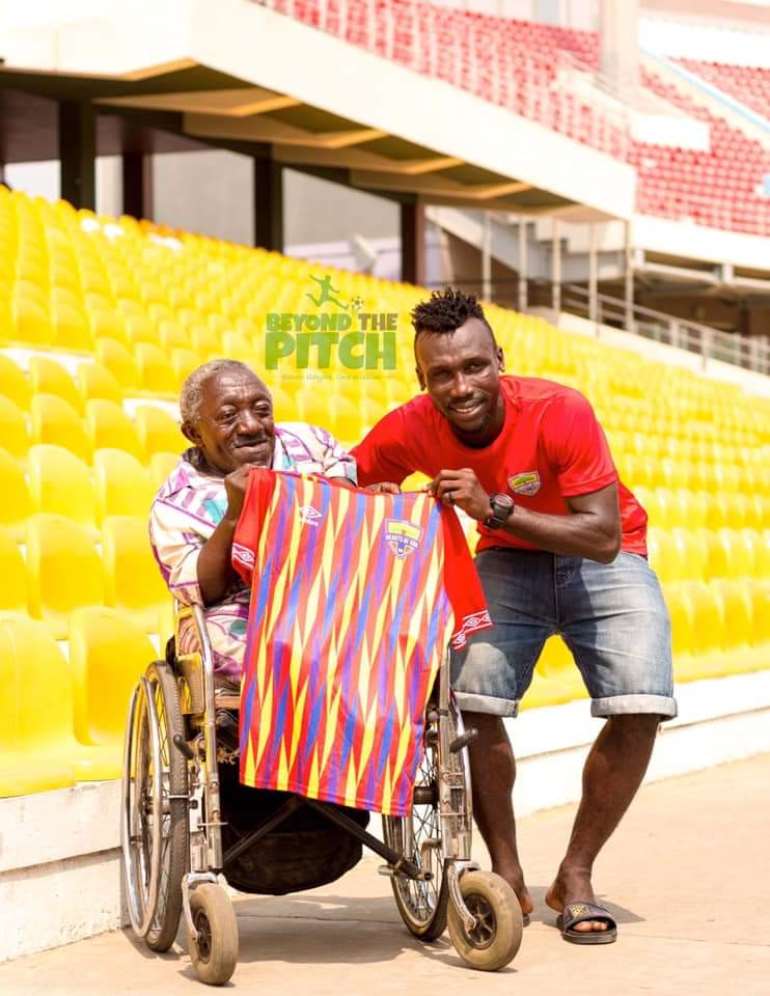 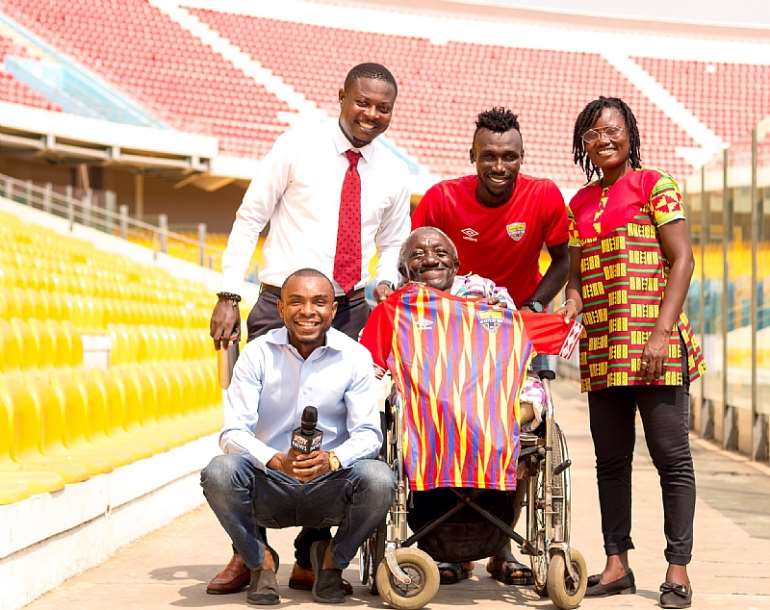