Match Report: Kotoko’s Clash With WAFA Ends In A Stalemate 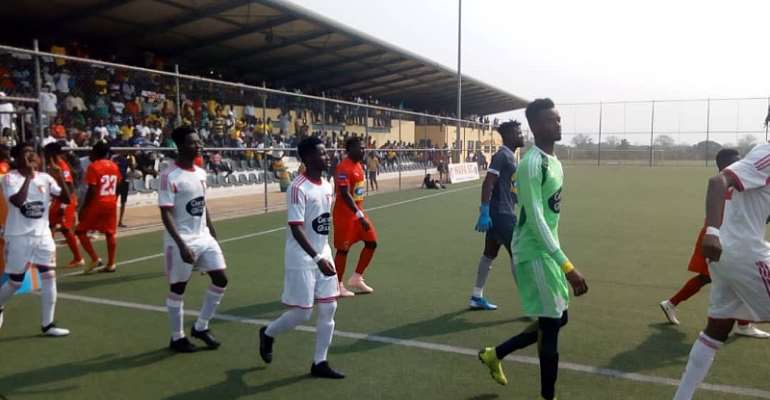 The two top-flight clubs have had decent runs since the 2019/2020 Ghanaian top-flight campaign started and went into today’s encounter hoping to bag 3 points to improve their respective standings on the division.

A good start to the match by both teams produced some exciting football for spectators with the Porcupine Warriors scored midway through the first half. They were however not allowed to jubilate with the referee whistling for an offside.

After the halftime break, an improved performance from the Academy Lads ensured that the visitors did not pose any significant threat.

Either side pushed to get on the scoresheet but all efforts failed at the end of the 90 minutes. Eventually, Asante Kotoko and WAFA had to settle for a draw at the Sogakope Red Bull Arena as they shared the spoils.