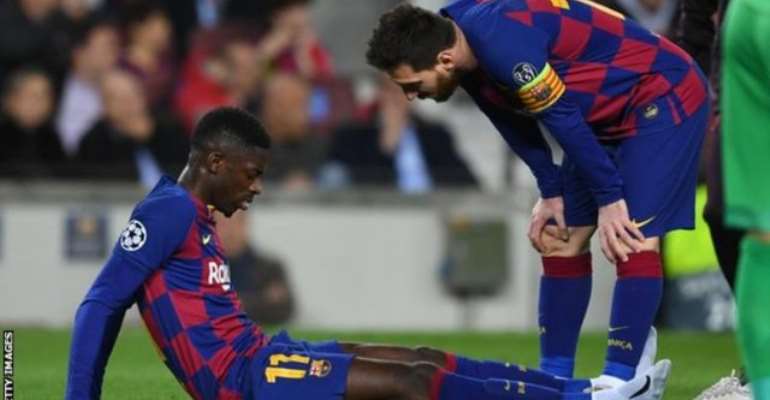 Barcelona winger Ousmane Dembele, who has not played since November, has suffered a serious hamstring tear on his return to training.

The France international, 22, pulled out of training on Monday.

The club said tests have revealed, "a complete proximal hamstring tear in his right thigh".

Dembele was making his comeback from a muscle injury in his right thigh sustained against Borussia Dortmund in the Champions League on 27 November.

Barcelona added they would shortly decide "on the treatment to be followed for his recovery".

Spanish outlet Marca said Dembele will now miss the rest of the season.

Dembele has suffered several injuries in both legs since joining Barcelona from Dortmund in 2017.

He has played only three full games for the La Liga champions this season and has missed 63 games in all competitions at Barcelona due to injury.

France team-mate Kylian Mbappe posted a message for Dembele on Twitter, saying: "My brother, I know for you it must be a lot and that it becomes unbearable, but you must remain strong despite everything.

"Of course it is easier said than done but I will always be there to support you and I know you will come back to amaze us."