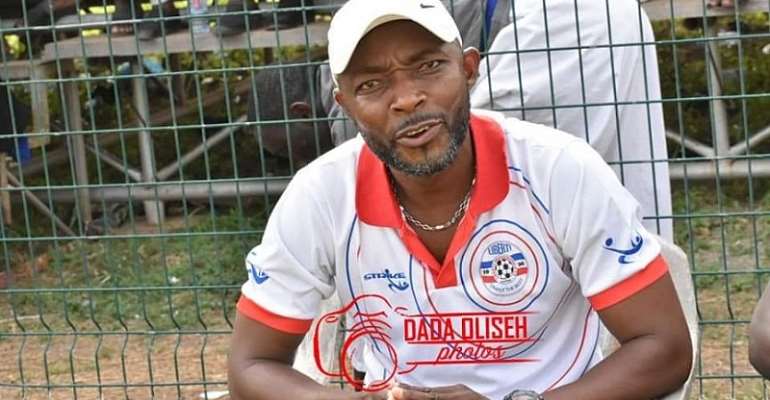 Head coach for Liberty Professionals, David Ocloo has expressed his disappointment with his team’s one-all draw against Asante Kotoko over the weekend while indicating that he was in for the win.

The Dansoman-based side was in Kumasi on Sunday where they played as a guest to the Porcupine Warriors at the Baba Yara Sports Stadium in a Match Week 7 fixture of the 2019/2020 Ghana Premier League season.

Following a good game between the two sides, they had to share the spoils at the end of the 90 minutes. A 56th-minute strike from Tamimu Montari gave Liberty Professionals the lead before William Opoku climbed off the bench to restore parity for Kotoko.

Speaking in his post-match press conference, head coach for the visitors, David Ocloo stressed that it is unfortunate his team had to settle for a draw because their aim was to beat the Porcupine Warriors at their own backyard.

“It is not the result I was expecting because I came here to beat Kotoko and its unfortunate we have to draw. I am a bit disappointed but I think in all this is what God gave us so we have to take it and I thank God for this”, the gaffer said.

He additionally shared that he watched Kotoko’s clash against Hearts of Oak on Match Week 6 and that helped him to capitalize on the weakness of the 4-3-3 formation played by Maxwell Konadu.

“I was on the pitch that day [when Kotoko beat Hearts] and I scouted them very well. They are playing 4-3-3 and I know the weakness of 4-3-3 so I capitalized on that and I thank God for the draw even though it was not what I wanted. But am grateful”, coach David Ocloo shared.