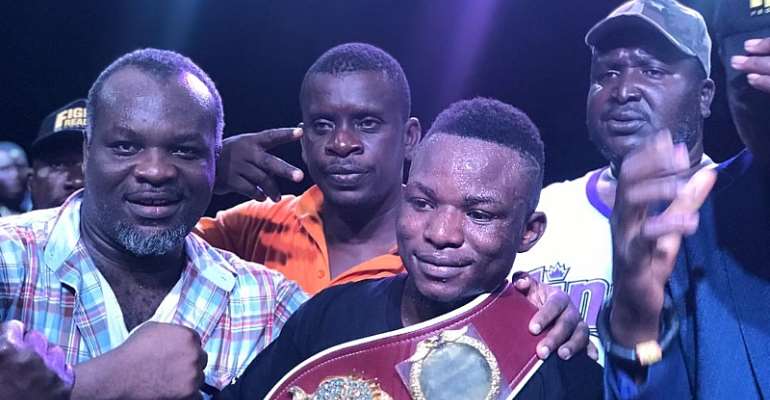 Ghana’s young sensational super bantamweight boxer, Wasiru Mohammed who successfully defended his WBO Global title belt against experienced John Amuzu of Benin via a R4 KO on Friday at the Bukom Boxing Arena has been promoted into the top 10 of the WBO World rankings.

Wasiru Mohammed is rated 10 and followed by Carlos Castro, Yenifel Vicente, Azat Hovhannisyan, Alie Laurel and Frency Saya among the best in the division.

Meanwhile, Coach Dennis Tagoe an assistant trainer in the camp of Wasiru Mohammed has called on champion, Navarrette for a showdown to determine who is the current best boxer in the division.