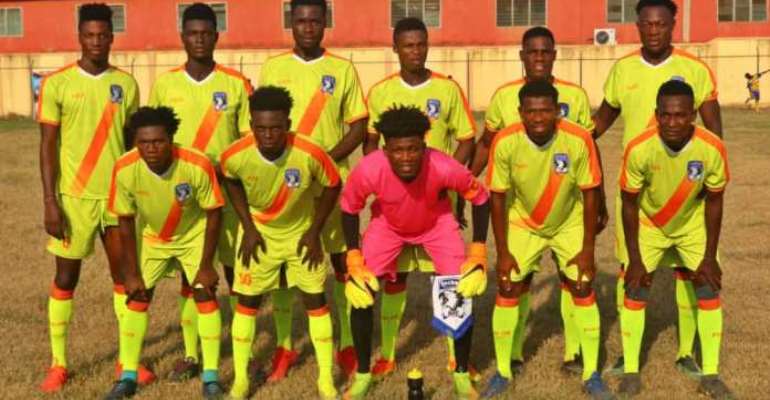 Bechem United has beaten Berekum Chelsea 2-1 in the Bono Derby to hand the Blues their first defeat in the ongoing 2019/2020 Ghana Premier League season.

Chelsea went into today’s encounter on the back of four wins and two draws after playing 6 matches. In a Match Week 7 fixture this afternoon, they have been forced to taste the first loss.

On the Matchday, Bechem United took an early lead courtesy a strike from Charles Mensah after just two minutes of play. With the league leaders stunned, they regrouped and started playing some fine football.

After 20 minutes of play, Berekum Chelsea finally got the breakthrough as they restored parity through an own goal from Agbesimah.

From there, the balance of the match turned again with Bechem United coming in strong in a bid to restore their lead. In added minutes of the first half, teenager Prince Adu Kwabena found the back of the net to give the home team a 2-1 lead.

Despite a pulsating encounter in the second half, neither team could get on the scoresheet again. In line with the result, Berekum Chelsea has been overtaken by Aduana Stars on the summit of the Ghana Premier League standings.