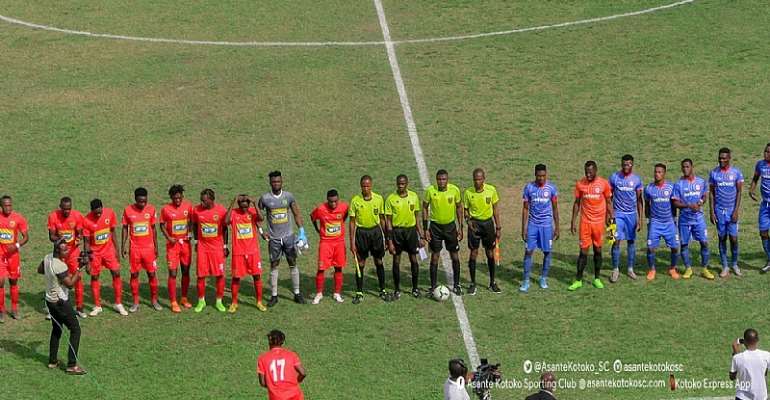 In a Match Week 7 fixture played at the Baba Yara Sports Stadium today, the Porcupine Warriors were heavily tipped to come out victorious especially after beating Hearts of Oak 2-1 last weekend.

An evenly matches first half ended goalless with neither Kotoko nor Liberty Professionals creating clear cut goal scoring opportunities even though they played beautiful football at times.

An improvement in the tempo and intensity of play in the second half resulted in the first goal of the match just a minute after the hour mark. Tamimu Montari found the back of the net to complement an impressive run from the wings to give David Ocloo’s side the lead.

Now starring at defeat, Coach Maxwell Konadu made some tactical changes and introduced new legs to try and salvage something out of the match. New signing William Opoku Mensah eventually found the back of the net on the 84th minute to ensure the match ended one-all at the end of the 90 minutes.

Not the results the Reds wanted but the visitors return to Accra delighted with a vital point from a tough encounter.