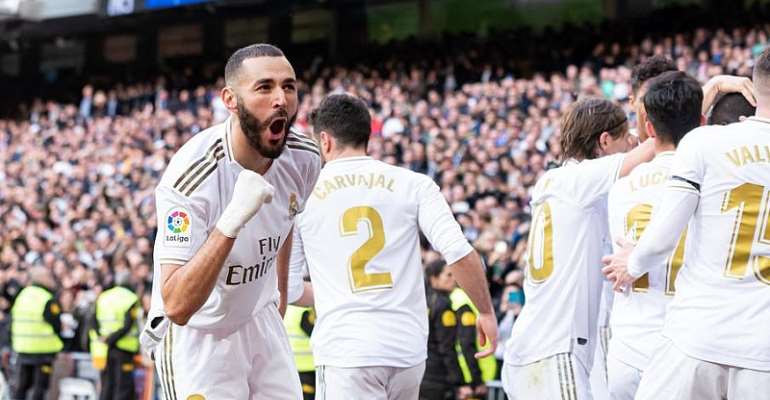 The French forward side-footed home a cross from compatriot Ferland Mendy to break the deadlock in a tight game in the 56th minute after coach Zinedine Zidane had sprung a double substitution to give his team more width.

Benzema's strike gave Real their first home victory over Atletico in the league since 2012 and increased their lead over Barcelona at the top of the table to six points. Barca can reduce the margin to three if they beat Levante on Sunday.

Atletico are fifth and trail their local rivals by 13 points, while their injury problems deepened when striker Alvaro Morata limped off early in the second half with a suspected muscle problem.