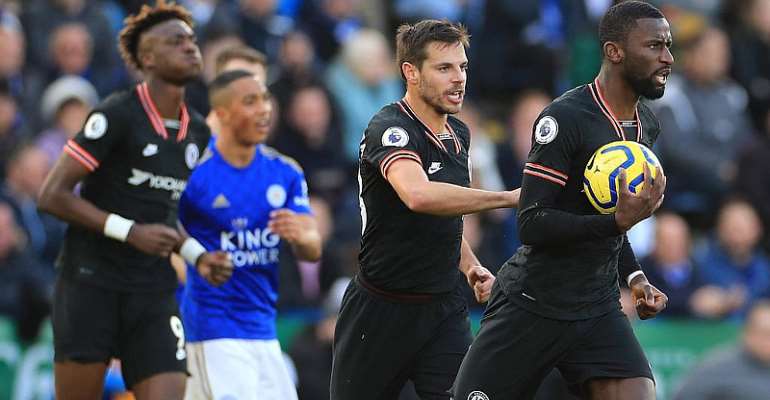 Leicester and Chelsea played out an entertaining Premier League draw in a see-saw encounter at King Power Stadium.

The result means the Foxes stay third in the table, eight points above Chelsea in fourth.

After a largely uneventful first half, the game came to life just after the break when Antonio Rudiger headed Chelsea in front from Mason Mount's corner.

And Rodgers looked to be heading towards a first win over Chelsea at the 14th attempt as a manager when Ben Chilwell swept a Youri Tielemans cross into the bottom left corner.

But Rudiger's second headed goal of the day - from another Mount delivery - ensured Frank Lampard's side claimed a point.