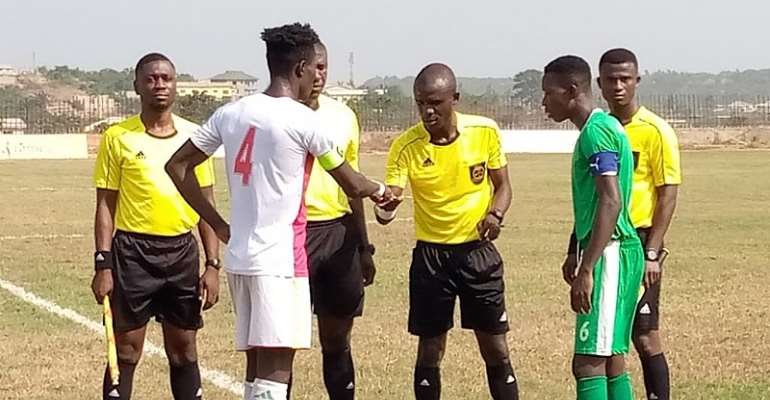 Elmina Sharks have been forced to share the spoils with Techiman Wonders today after drawing 1-1 with Techiman Eleven Wonders in the ongoing 2019/2020 Ghana Premier League season.

The two clubs have not been at their best this season and continue to struggle in their quest to remain consistent and competitive.

Having locked horns in a Match Week 7 fixture of the Ghana Premier League at the Paa Kwasi Nduom Park, neither Elmina Sharks nor Eleven Wonders could cruise to victory.

Though both teams showed promise in the first half, all efforts to get on the scoresheet failed as it ended goalless.

In the second half, Techiman Eleven Wonders came in strong and managed to break the deadlock on the 56th minute. Musa Sule fired the travelers ahead to give them a chance of winning the game.

They could however not hold on to that lead and allowed Elmina Sharks to take control of the match. Finally, on the 68th minute, the hosts restored parity courtesy an equalizer from defender Emmanuel Addington.

Eventually, the match ended one-all with both teams going home with a point each.

Arrest Any Chief Involved In Galamsey - NPP Communicator
4 hours ago