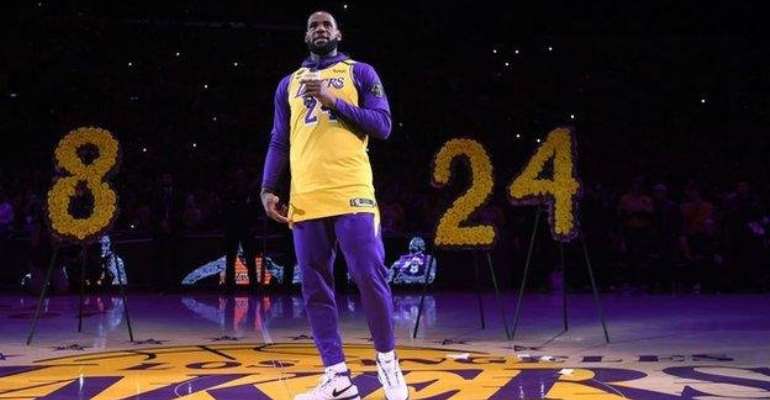 LeBron James led tributes to LA Lakers legend Kobe Bryant in the team's first game since he died in a helicopter crash alongside his daughter Gianna and seven other people.

The Lakers lost 127-119 to the Portland Trail Blazers at the Staples Center on a night when the team remembered Bryant's 20-year career in LA, which delivered five NBA championships.

Lakers players wore shirts with Bryant's numbers - eight and 24 - displayed on them in the warm-up and a 'KB' logo was printed on the court.

The tribute began with each member of the Lakers' lineup being introduced as "number eight, Kobe Bryant" before R&B artist Usher sang Amazing Grace in front of yellow rose arrangements in the shapes of Bryant's jersey numbers.

Kobe's number 24 and Gianna's number two jerseys were also placed on the two courtside seats where the pair watched their last Lakers game.

"This is a celebration of the 20 years of sweat, the tears, the broken-down body, the getting up," Lakers forward James said.

"Tonight we celebrate the kid that came here at 18, retired at 38 and became probably the best dad we've seen over the last three years.”

"Sitting down to everything, the countless hours, the determination to be as great as he could be.

"Tonight we celebrate the kid who came here at 18 years of age, retired at 38 and became the best dad we've seen over the last three years."

Bryant, who retired in 2016, was travelling to his 13-year-old daughter's basketball practice when the incident happened in Calabasas, California on 26 January.

Blazers forward Carmelo Anthony, Bryant's close friend, did not play in Friday's game as he was "not ready", according to his team-mate Damian Lillard.

The jerseys will also feature nine stars, representing those who died in the crash. 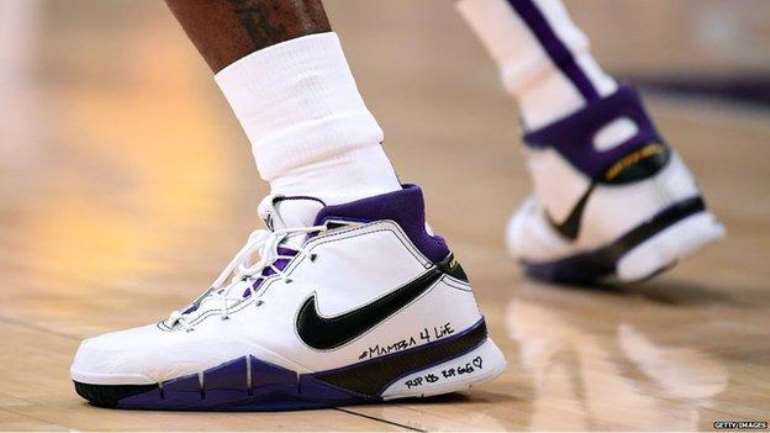 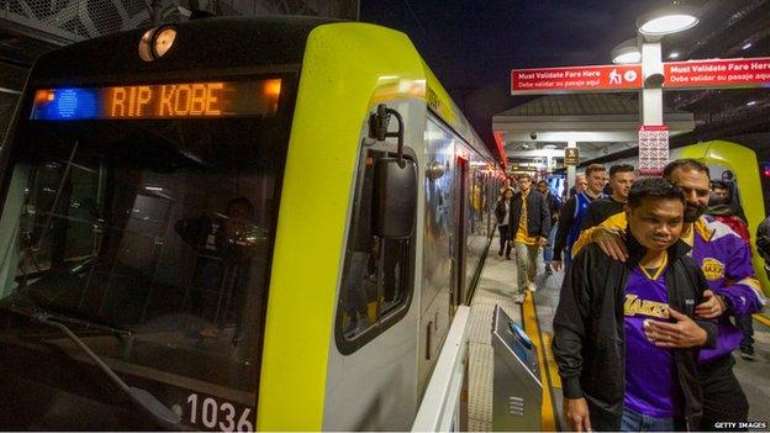 An LA metro pays tribute to Kobe Bryant, prior to the game on Friday 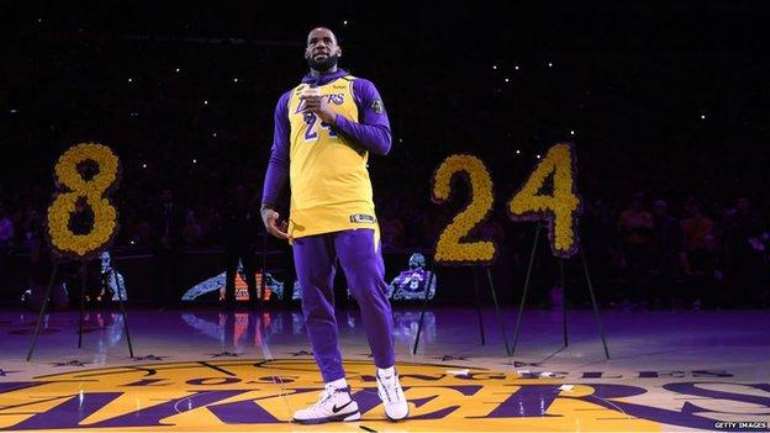 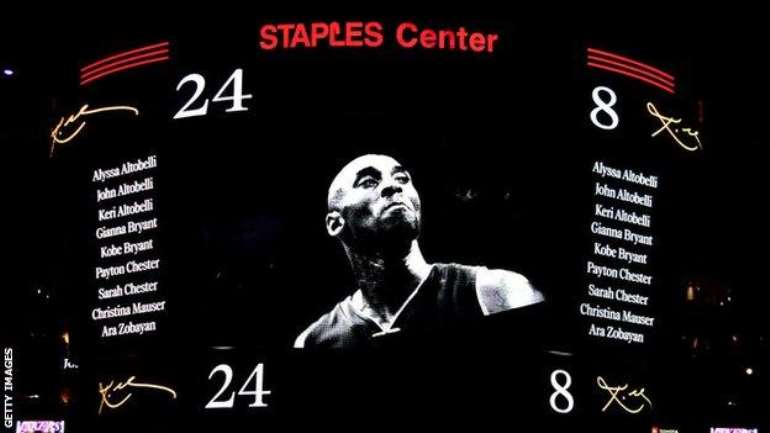 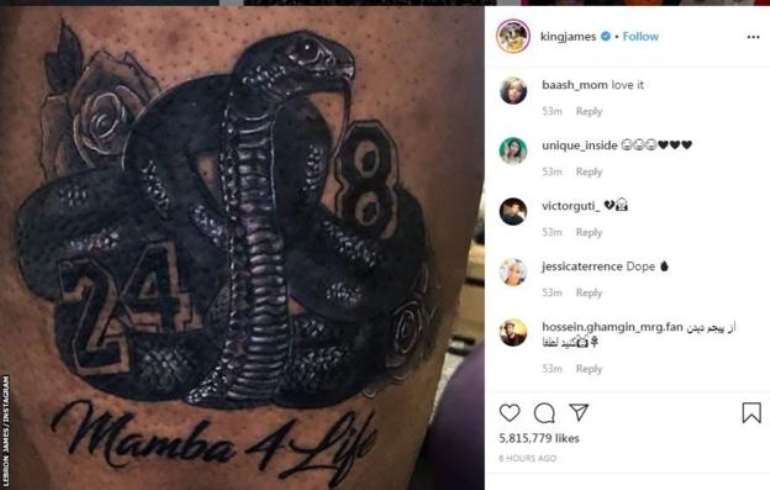