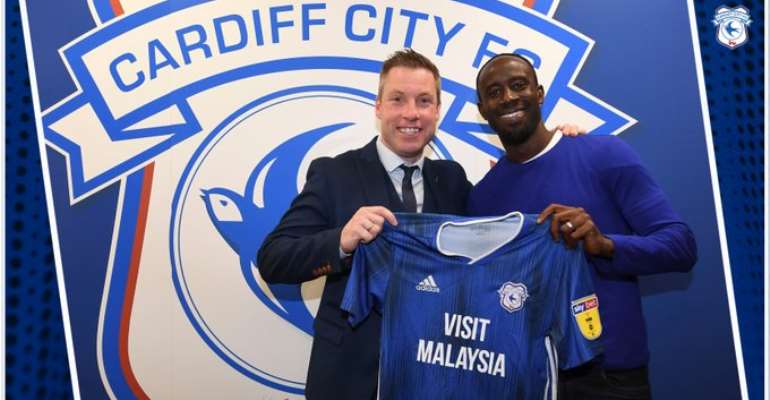 English Championship side Cardiff City has completed the signing of Ghanaian international Albert Adomah on loan from Nottingham Forest, Modernghana Sports can report.

The experienced winger has been with Forest since the start of the 2019/2020 season and managed to impress during the early stages of the campaign.

In the last couple of months however, he has been limited to starting roles and has rather been forced to enjoy substitute roles which have, in turn, limited his playing time.

In need of firepower upfront, Cardiff City has signed Albert Adomah from Nottingham Forest to give them a squad boost in their quest at least survive in the English Championship if they are not able to gain promotion.

The deal was completed on transfer deadline day on the back of successful negotiations between the parties involved.