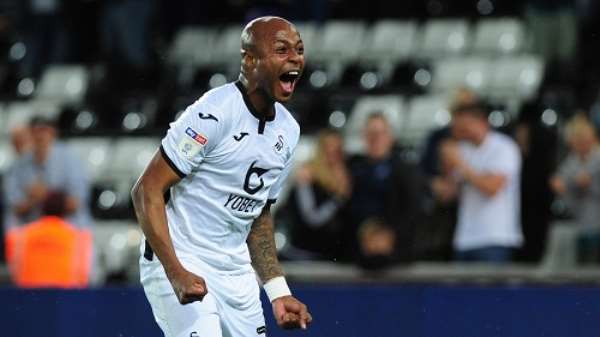 The Black Stars skipper has become a target for some top European clubs following his sterling performance in the Championship this season.

But the manager is not ready to lose his deputy skipper to any side and has declared the club’s readiness to keep the Ghanaian winger.

"We won’t lose any players that we don’t want to lose," he said.

"I’ve been asked a million times about Andre, and there’s no news on that by the way, without wanting to tempt fate by bringing it up, but there'll be none of that going on.

"If any players leave it’ll be right for them and for us as well."

Ayew has been influential to the campaign of the Swans this season emerging as the top scorer having contributed 12 goals and four assists in 28 games.

His contribution has kept Swansea City on the eight position on the Championship league table with 45 points from 29 matches as they continue to push for a promotion to the premiership.