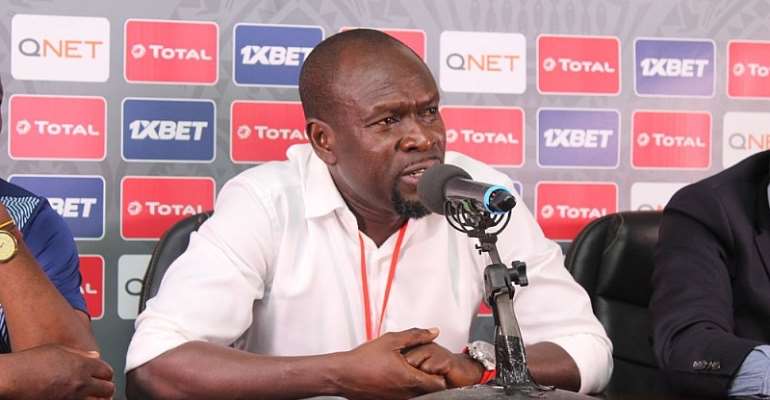 Head coach of the Black Stars C.K. Akunnor says he will not accept any excuses for failure to deliver on the part of the team.

“We find a lot of excuses most of the time and I am not the type of person who accepts that. And so it’s been a challenge, talk of my temperament because I am very serious about the things I talk about.”

CK Akonnor continues to rattle off questions concerning his appointment as the head coach of the senior national soccer team given relatively less knowledge about coaching national teams.

However, it is more than enough for Ghanaians to feel an affinity towards him.

After his playing days as a footballer, the new Black Stars coach had the opportunity of coaching four of the biggest traditional teams in Ghana – Eleven Wise, Asante Kotoko, Hearts of Oak and AshGold.

Maybe, the force over area at that moment was divisible by one constituency but now the pressure to achieve set target is going to be divided by 28.83 million Ghanaians.

“When you talk of Ghana football, you cannot talk without mentioning of Hearts of Oak, Eleven Wise, Asante Kotoko and of course Ashgold.

“These are strong teams that come with a lot of pressure, it is demanding. And that has really shaped me, given me that side of the story of pressure. The Black Star is not going to go down and I should be ready.”

The appointment of CK is a significant moment that will mean the next version of the Black Stars team will be built by the management staff that envisioned the current project and that has put them on course for a first title in decades.

“Beyond the skill and talent that they have, they must have the belief that they are good at what they do and when they come to defend the flag of our country, they must show commitment.

“The fact that you are a star doesn’t mean you should look down upon someone. They must be united with very good understanding.”

Akonnor was named the Coach of the Year at the 2019 Ghana Football Awards after winning the NC Special Cup with Asante Kotoko as his first major silverware.

In October 2019, Akonnor was appointed as the Assistant Coach of the Black Stars, succeeding Ibrahim Tanko.

He later succeeded James Kwesi Appiah, whose appointment was terminated in January 2020 after the GFA dissolved the technical department of all senior national teams.

The Ex- Skipper factor and what to expect
CK Akonnor said his role as a former player and a captain will come in handy for him.

“The situation where you are at the top and what level do you bring? You have to think the level of a player and put yourself in that situation. Because I have been there before [so] I know how to handle it.”

He said excuses must stop.