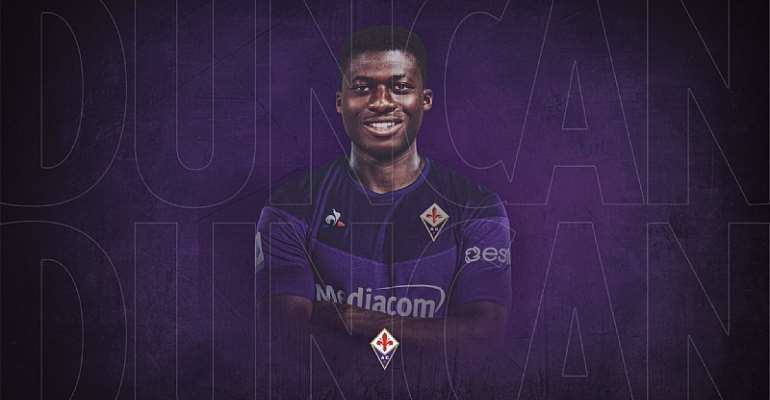 Ghana midfielder, Alfred Duncan has joined AFC Fiorentina from US Sassuolo on Friday.

The two clubs reached on an agreement on Wednesday evening.

Duncan signed a four-year deal with the Fiorentina after passing a mandatory medical examination on Thursday.

A statement on the official club website reads:
"ACF Fiorentina have announced that Alfred Duncan has joined the club from Sassuolo on an initial loan deal with an obligation to make the move permanent."

Duncan scored one goal with five assists in his 13 appearances for US Sassuolo this season.

He came up through the youth academy at Inter before representing Livorno, Sampdoria and Sassuolo, where he made 130 appearances in Serie A, the Coppa Italia and the Europa League.

He has capped eight times for the senior national team of Ghana.

Avoid greed, dishonesty and hypocrisy in galamsey fight – As...
52 minutes ago