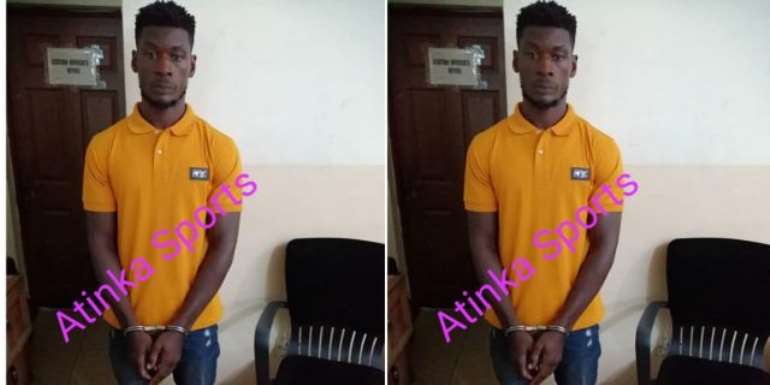 WBO Africa Super welterweight champion, Patrick Allotey, has been arrested by the Ministries Police in Accra.

The boxer was captured in a video inflicting punches on Kotoko fan who has been identified as Michael Siaw who was celebrating Kotoko’s 2-1 victory over Accra Hearts of Oak last Sunday.

The shameful conduct sparked outrage on social media as Mr Siaw, who was clad in a Kotoko shirt suffered a deep cut on after being handed the heavy punches by the boxer.

The incident started when Allotey was asking the fan to move away since he appeared to be blocking his view. Michael Siaw refused at which point Allotey is seen removing a headset around his neck and he begins to push the spectator.

In the video, the pro-boxer who lost his last fight against Mexican Jaime Munguia, delivered three quick stiff jabs to the face of Siaw.

This plunged him to the ground where he struggled to get back up. He sustained a wound under his left eye and had to be stitched.