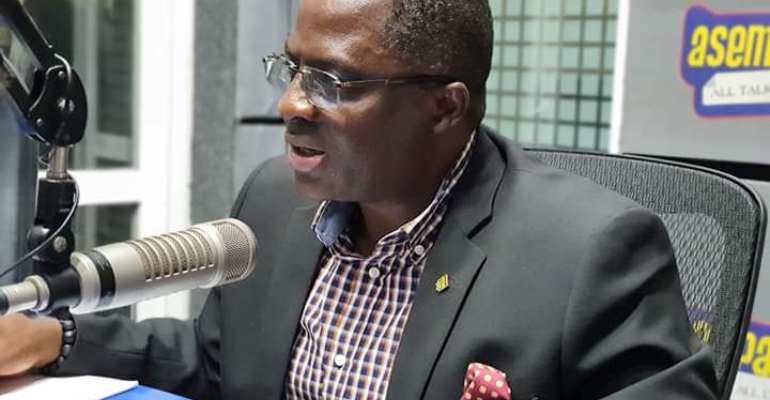 Mr. Ben Nunoo Mensah President of the Ghana Olympic Committee (GOC) has tasked Ghanaian companies to invest in sports to support the nation’s athletes as they prepare for the 2020 Olympic Games in Tokyo, Japan.

According to the hardworking president who is also in charge of Ghana Weightlifting Federation (GWF), government alone cannot cater for the sporting needs of the nation and it is about time that many companies invest in sports.

He said supporting a sportsman or a sporting event is very rewarding as that particular sportsman or women could use her sporting talent to engage in social vices.

Ben Nunoo Mensah said he has been able to secure some financial support from ANOCA for Team Ghana, and all the federations that are capable have began preparations for their qualifiers.

He said so far only one able athlete has qualified for the 200 meters race, and two disabled athletes have made it for the 2020 Paralympics.

He said Ghana needs to qualify in other disciplines like athletics, boxing, weightlifting, volleyball, swimming, judo, karate-do, table tennis, shooting and fencing after the football teams failed to qualify.

Ben Nunoo Mensah said participating at the Olympic Games is very important, and winning an Olympic medal is a great achievement.

He noted that Ghana has not won many medals at the Olympic Games and it is time the nation invests and reaps the benefits of sports.

He expressed that sports is an advertising tool, which many nations and people have exploited and benefited from.

He said though Ghana lacks sports facilities, there are many talented youth who can perform and shine if given the chance and opportunity at the big stage.

The Olympic Games is about six months away, however, the GOC president is sure that some more Ghanaians will qualify.