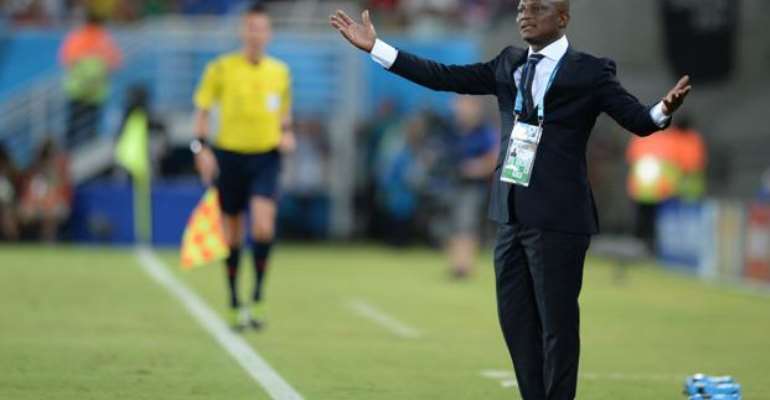 Former Ghana coach, Kwasi Appiah has opened the lid on what led to the brouhaha at the 2014 FIFA World Cup in Brazil.

Speaking on the issue for the first time after the country’s abysmal performance at the Mundial, Kwasi Appiah has revealed that failure on the part of government to honour its promise started the agitation at the team’s camp.

The 60-year old tactician disclosed on GTV Sports Plus that the team’s shambolic performance was due to government’s failure to stick to its promise.

According to him, government’s failure to pay the appearance fees contributed to the confusion in the team.

“The whole incident happened when the team played Netherland in a friendly ahead of the World Cup.

“The players started demanding for their monies when we were departing for Brazil but the government officials kept telling us to be patient but the players were not ready to hear that.

“In the past, when expatriate coaches were in charge of the Black Stars, the players got their appearance fees before they left the shores of the country for any major tournament so why me? I felt bad about that and in Brazil, they told us a different story and that informed the players that if they don’t boycott training or agitate for their money, there was no way they would get their money.

“We had a good preparation ahead of the tournament but because the government failed to stick to their promise, it ruined everything so when I hear people blaming the players and the coach, I find it funny.

“Mr Nyantakyi and the management team were even disturbed because this has never happened at the Black Stars.”