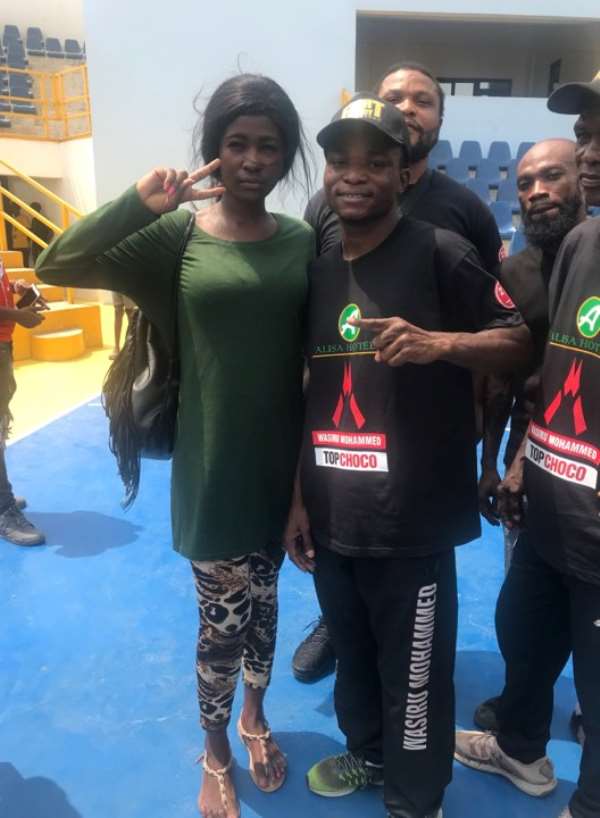 Ghana’s undefeated WBO Global Super Bantamweight champion has been tipped to retain his title against Benin’s John Amuzu on Friday at the Bukom Boxing Arena.

Most boxing fans who spoke to me were optimistic that Wasiru Mohammed will make Ghana proud.

In an exclusive interview with him, he asked Ghanaians not to worry because he is going to win hands down.

According to Wasiru Mohammed aka Gyatabi, he is very ready to retain his title and move up in the WBO rating.

He said he will end the fight on time because he is not going to joke.

Wasiru promised to put up a performance that will take him to places. He said he wants to lift the image of Ghana Boxing for the world to know that the nation still has formidable boxers.

“I am no coming to joke, I am not a joker, this is a serious fight and I am going to give off my best. I want Ghanaians to come very early and come and support me” he expressed.

Wasiru Mohammed boasts of a record of 11 fights with 11 wins all by KO, while John Amuzu has 22 fights with 20 knockouts against 1 defeat.