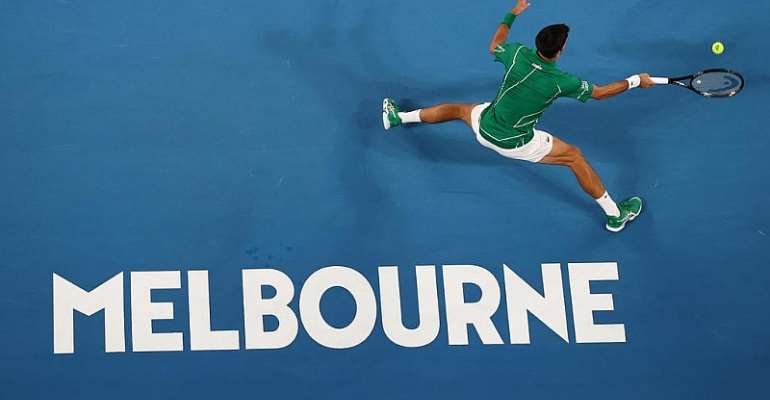 Novak Djokovic dismantled a clearly hampered Roger Federer on Thursday to advance to his eighth final at the Australian Open.

Djokovic, 32, twice fought back from a break down in the first set. And after dominating the tie-breaker, he rarely looked out of control as he squashed the Swiss's quest for a 21st Grand Slam singles title 7-6, 6-4, 6-3.

"Respect to Roger for coming out tonight," said Djokovic, who was never lost an Australian Open final.

"He was obviously hurt. He wasn't even close to his best in terms of movement."

Federer went into his 50th clash with Djokovic carrying a groin injury sustained during his quarter-final epic against Tennys Sandgren in which he saved seven match points.

Heart
The 100th ranked American squandered his chances through a combination of nerves and Federer's nous.

Djokovic, the owner of 16 Grand Slam titles, was never likely to proffer such munificence.

He failed to lose his composure despite twice losing his serve within the first 15 minutes of the encounter on the Rod Laver Arena.

And once he had reeled Federer into the opening set shootout, the gallows loomed for the 38-year-old.

Challenge
"I was playing with nothing to lose," Federer said. "Today was horrible, to go through what I did.

"Nice entrance, nice send-off and in between is one to forget because you know you have a three percent chance to win."

Djokovic will play either the fifth seed Dominic Thiem or the seventh seed Alex Zverev in the final on Sunday.

They play their first Australian Open semi-final on Friday. Thiem, twice beaten in the French Open final, has won six of their eight matches.

However Zverev may have the backing of the locals. The 22-year-old German has pledged 10,000 Australian dollars (6,000 euros) for each victory to the country's bushfire relief fund.

He has vowed to hand over his 2.52 million euro winner's cheque to the same cause if he hoists his first Grand Slam crown on Sunday.