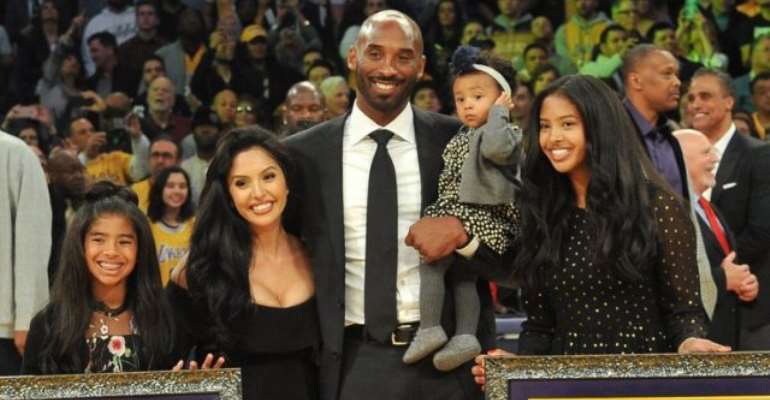 Kobe Bryant with wife and daughters

Kobe Bryant‘s widow Vanessa on Wednesday broke her silence about the tragic death of the NBA legend and their 13-year-old daughter, saying she and her surviving girls are “completely devastated.”

In a post on Instagram, Vanessa paid tribute to her “adoring husband” and their “loving, thoughtful and wonderful” daughter Gianna, who were killed in a helicopter crash in California on Sunday, along with seven others.

“Our love for them is endless — and that’s to say, immeasurable,” she wrote. “I just wish I could hug them, kiss them and bless them. Have them here with us, forever.”

Vanessa, 37, said “there aren’t enough words” to describe the pain she feels along with her daughters Natalia, 17, Bianka, 3, and 7-month-old Capri.

“I take comfort in knowing that Kobe and Gigi both knew that they were so deeply loved,” Vanessa said.

“They were our beautiful blessings taken from us too soon.”

Vanessa extended her condolences to the families of the seven other people killed in the crash, writing that “we share in their grief intimately.”

Earlier on Wednesday, she paid tribute by changing her Instagram profile photo to one the father-daughter together at the last game of 41-year-old Bryant’s career in 2016, prior to his retirement from the Los Angeles Lakers.

In her first public statement, she thanked the outpouring of “support and love” she and her family have received since the tragedy, adding “thank you for all the prayers. We definitely need them.”

Vanessa said she isn’t sure what her life holds in the future.

“It’s impossible to imagine life without them,” she wrote. “But we wake up each day, trying to keep pushing because Kobe, and our baby girl, Gigi, are shining on us to light the way.”

She added that Bryant’s Mamba Sports Foundation set up the MambaOnThree Fund to “help support the other families affected by this tragedy.”