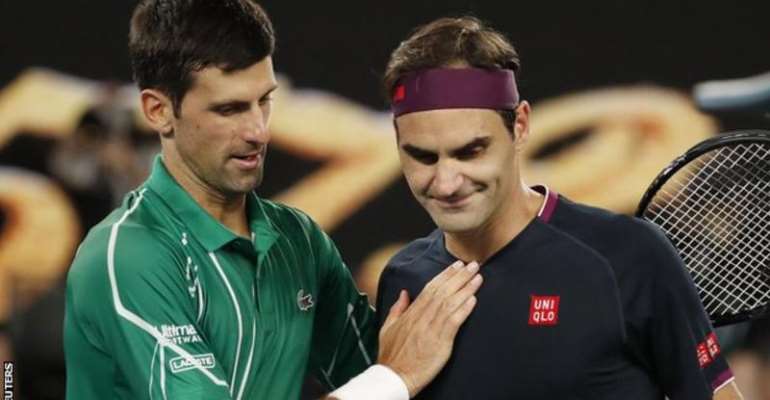 Serbia's Djokovic was 4-1 and 0-40 down in the opening set before recovering to win the tie-break.

"The match could have definitely gone a different way if he had used those breakpoints [in the sixth game]," Djokovic said.

"He started well - I was nervous.
"Respect to Roger for coming out tonight. He was obviously hurt and wasn't close to his best in terms of movement."

Victory would mean a record-extending eighth Australian Open triumph for Djokovic, who has lost just three matches at Melbourne Park in the past 10 tournaments.

It would also move him within three of 38-year-old's Federer's all-time record of 20 men's Grand Slam singles titles and within two of Spain's Rafael Nadal, who lost to Thiem in Wednesday's quarter-final.