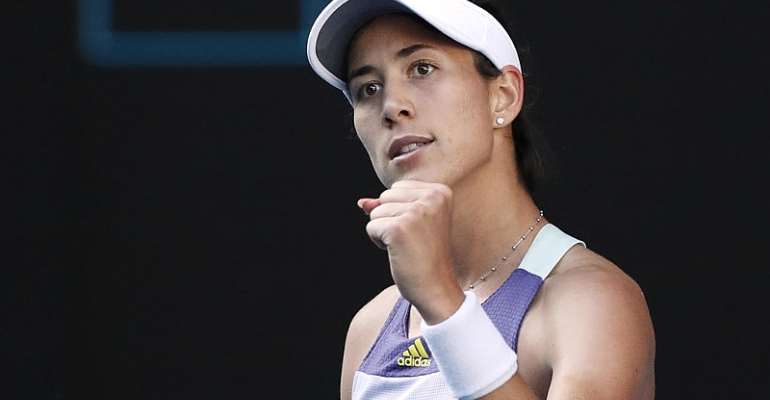 Garbine Muguruza advanced to her first Grand Slam final for nearly three years on Thursday after a gutsy win over the fourth seed Simona Halep.

The 26-year-old Spaniard, who has plummeted from the pinnacle of the rankings to outside the top 30, beat Halep 7-6 7-5 to become the first unseeded player to reach the women's showdown at the Australian Open since Belgium's Justine Henin in 2010.

The semi-final on Rod Laver Arena was played as temperatures hit 38 degrees celsius at Melbourne Park .

"I'm very excited to be in the final," said Muguruza who claimed the Wimbledon title in July 2017 shortly before becoming world number one.

Muguruza saved two set points during the opening set tiebreak before clinching it with a stop volley.

"I wasn't thinking that I was down," she said of the moments when she faced the set points. "I was thinking keep going and at some stage you're going to have an opportunity."

Challenge
"Luckily I have 48 hours now to recover and get ready for the last match."

Halep had not dropped a set during her surge to the last four. She admitted the fierce heat and sun were some of the reasons for her downfall.

"It was very, very hot today," said the 28-year-old Romanian. "And I felt it. Killed me after the first set. I didn't like that much to play in this weather.

"The level of energy went down a little bit, and I felt it in the legs. I was not used to it in the last two weeks, we didn't have that much heat."

The 23-year-old Australian had been trying to become the first home grown player to reach the final since Wendy Turnbull in 1980 and the first Australian woman to hoist the Daphne Akhurst Memorial Cup since Chris O'Neill in 1978.

"I'd like to first apologise to all of the Australian fans," said Kenin. "I know they wanted Ash to win. But I've always dreamed about this.

"I've worked so hard. I've put all the efforts into my practices, into my fitness. All the efforts I've been doing, it's got me here. It's just paying off and it's like a dream come true for me."

#FixTheCountry campaign goes international with over 500,000...
32 minutes ago