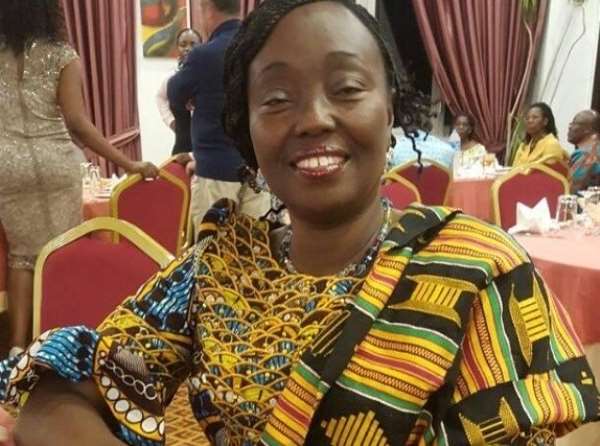 Speaking to the Ghana Olympic Committee (GOC) media team, she noted that it is sad the passion of the nation, which is football could not make it to Tokyo 2020, and now other disciplines must try to qualify to put Ghana’s name among the nations for the big world sports festival in Japan.

“Now it is too late for the 2020 Olympic Games, but we have to plan and prepare very well for the future. We have to look at the other games both local and continental/international to feature or athletes so that they can gain exposure and experience and be able to match the world-class stars” she expressed.

“So we have to start at the grassroots and go down and to even the hinterlands to recruit and groom the next generation of star performers. That is why we want to have the Regional Women Sport Commission to find and unearth potentials from the villages, towns, districts, communities etc” she stated.

“To also motivate the girls, we would be looking at sports vis a vie education. They can be in camp at the same time pursuing their education and writing their exams without being left out. Sometimes the fear of failing their exams while competing for the country is demotivating enough for them not to participate in sports” she explained.

She hinted that there are plans to set up a foundation that will support girls after their sporting career.

She was optimistic about looking for scholarships for young females students in sports.

According to the Women’s Commission boss, they would love to look at career development be it business or academic for girls in sports.

She said motivation is key in getting girls in sports to address the concern or question of what to do after sporting exploits or career.

She called for an affirmative action to be applied as is being done in the university using in some criteria provided they come a little near the requirement or on the borderline to encourage more girls to love education and sports so that opportunities will be available to all.