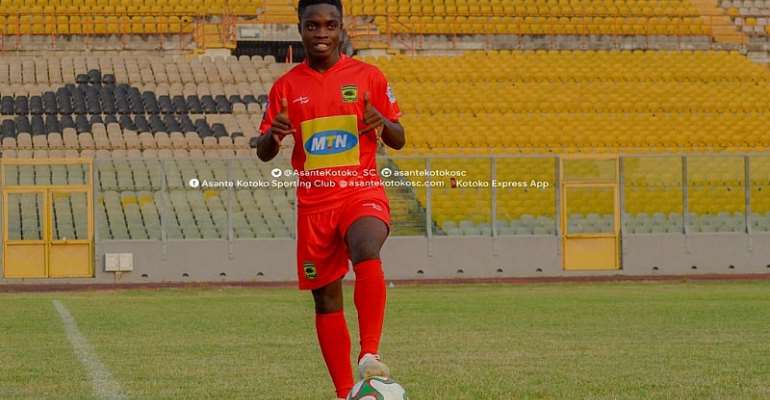 Barcelona sent scouts to watch Kotoko wonder-kid Mathew Anim Addo during the Hearts-Kotoko clash on Sunday, the representative of the player has confirmed.

The 16-year-old came off the bench and exhibited some impressive performance against Hearts of Oak at the Accra Sports Stadium.

Mathew Anim Addo is set to undertake two weeks training programme at Bayern Munich during which he will be observed by the German giants, with the possibility of signing him in the near future.

However, Spanish La Liga side, Barcelona is another European football powerhouse that has expressed interest in the youngster in their quest to secure the services of talented teenage players across the globe.

Cudjoe’s manager, Samuel Anim Addo said although several clubs abroad are chasing for his player's signature, he will not be rushed to play in Europe.

“We will create a world superstar for Ghana. We are not in a rush, so we won't go for some money just because we want the boy to go to Europe," he told Pulse Sports.

“Even Europe that he will be going to it is a programme he is supposed to go for them to study him and to see the things that we have to do for him.

“For your information, this boy will not be rushed into Europe, we see him as a world superstar in the making so we would make sure we give him the right platform, the right programmes, coaching and mentoring."

Anim Cudjoe has been the talk of the town after moving straight into the star-studded Asante Kotoko team.

He was discovered during the Baby Jets U-16 tournament in 2018.