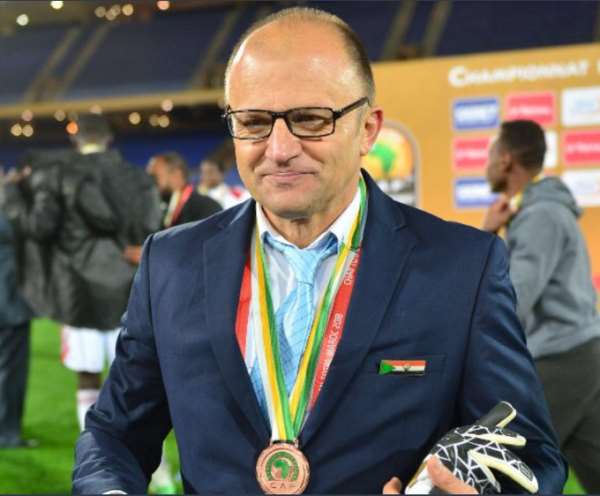 Zimbabwe, Ghana’s opponent in the second phase of the African qualifiers to the Qatar 2022 FIFA World Cup has named former Asante Kotoko manager Zdravko Logarusic as their new head coach.

This has been confirmed today in a post on the Twitter page of the Zimbabwe Football Association (ZIFA).

The statement said: “Zdravko Logarusic has been appointed as the Warriors coach on a 2-year performance-based contract. The Croatian has a UEFA Pro License & a CAF A license. He has coached the national team of Sudan and top clubs in Ghana, Kenya, Angola & Tanzania. To be unveiled in 2 weeks”.

The Croatian tactician will be working with the following as his assistants on the technical team of the Warriors.

1st - Joseph Antipas
2nd - Lloyd Chitembwe
3rd & Under-23 coach - Tonderayi Ndiraya
Goalkeepers' Coach - Parnell Mckop
Zimbabwe is in Group G of the second phase of the African qualifiers to the FIFA World Cup where they are set to battle with Ghana, South Africa, and Ethiopia.

Savannah: NADMO to clear buildings on waterways after heavy ...
36 minutes ago