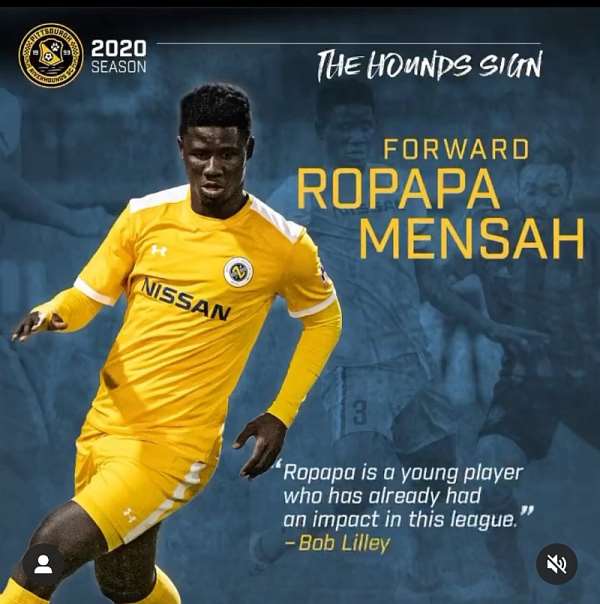 The club has been in the market looking for a striker to boost their squad ahead of the upcoming football season in the United States of America.

Following successful negotiations, Pittsburgh Riverhounds SC has announced this evening that they have secured the signing of Ropapa Mensah on a one-year-deal. Meanwhile, the deal could be extended if the former Nashville attacker impresses during that period.

Speaking in an interview after the deal was wrapped up, Bob Lilley who is the head coach for Pittsburgh Riverhounds SC said: “Ropapa is a young player who has already had an impact in this league”.

He added, “He is a player with good size, pace and skill that makes defenders uncomfortable, and we expect him to be a big asset for us this season.”

BoG, IGP clash over attack on bullion vans
10 minutes ago