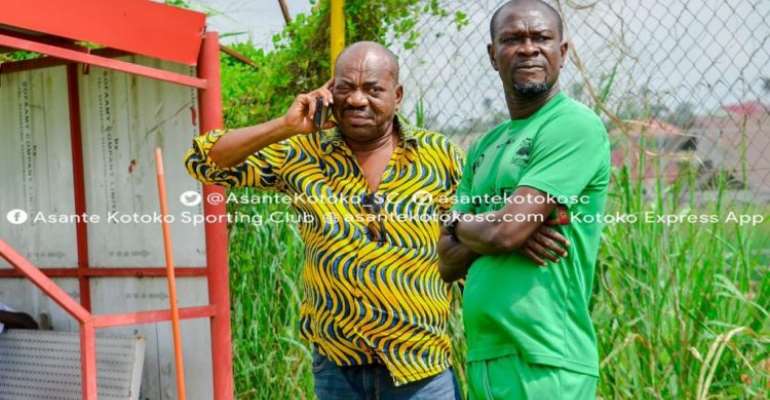 Black Stars management committee chairman, George Amoako says there is no rift between him and Black Stars head coach, CK Akonnor adding that they can work together.

The veteran football administrator was in charge of Asante Kotoko when Akonnor fell out with the team leading to the appointment of Kjetil Zachariassen in 2019.

The Kotoko Chief Executive Officer revealed on Monday during the GFA's encounters with the media what happened at the club that caused Akonnor to exit and added that he and Akonnor work have a fruitful relationship working with the Black Stars.

“I did not sack Akonnor from Kotoko. The team’s management decided to elevate him to the position of a technical director and his job description did not deviate from that of a coach.

"Akonnor and I spoke on Sunday and he briefed me on all the things he was doing in Europe (where Akonnor is currently monitoring national team players). There is absolutely nothing wrong between Akonnor and me.”

Amoako’s work as the chairman of the Black Stars Management Committee will be complemented by Akwasi Agyemang ​who is the Vice-Chairman while Jones Alhassan Abu​, Sammy Kuffuor and Fred Pappoe​ will serve as members.